The Timberdoodle vs. The Snipe

Which is real and which is fictional?

Turns out...they are BOTH real!

As a "Wildlife Wednesday" activity today (on a Monday) our Wildlife Society Club was supposed to mist net and bird band on our main campus, but we suddenly had seasonally appropriate weather and it was cold (30's!) and very windy today. So, John (our fearless leader) decided in the best interest of the birds, we'd reschedule to a later date. Instead, we went to the walk-in Freezer of Dead Things at school and chipped out some frozen birds. I love this program. We found some owls and other little interesting birds.

We have a dusk walk planned to search for the Woodcock coming up at a later this spring, so I wanted to learn a bit about them before. I've heard Woodcock "peent"ing away many spring evenings. I've even spooked them and had them take off on me whirling through the air above me, but I've never gotten a GOOD look at them.

Frozen in the hand had to be better than alive at a distance...I guess. Well, for learning identification skills anyway.

So here they are: 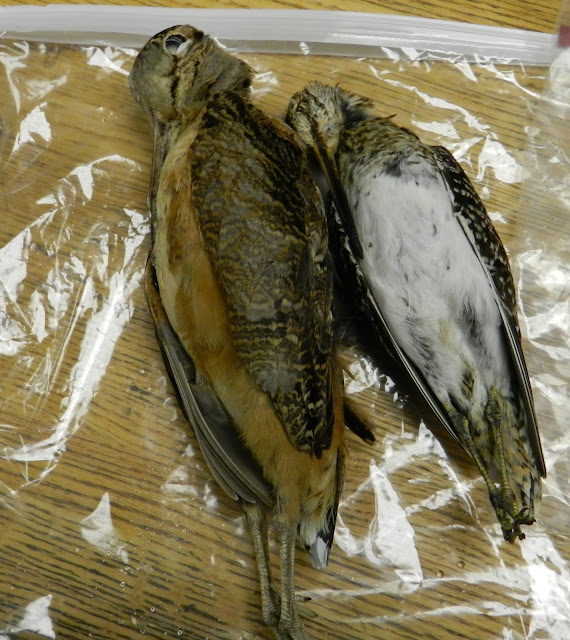 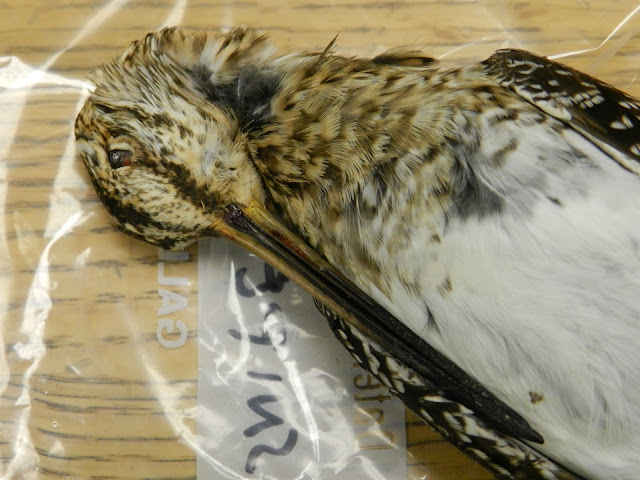 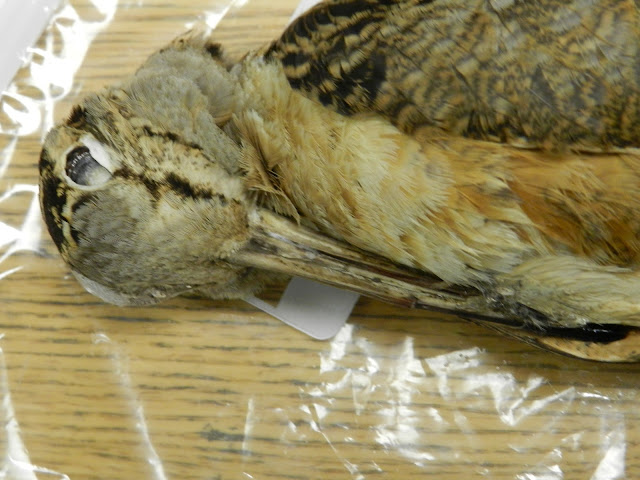 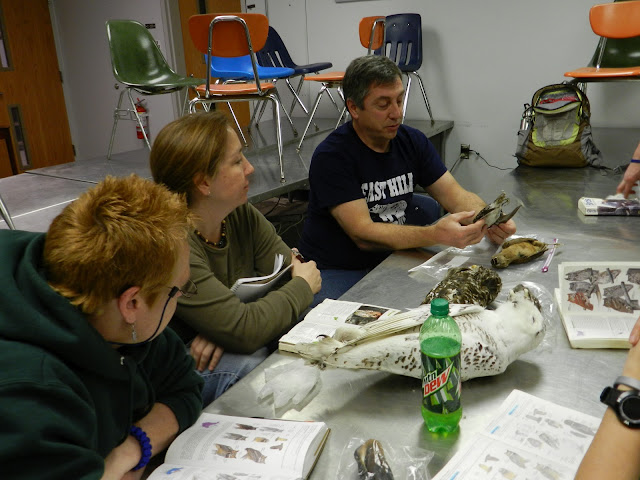 JVN learnin' us about the differences and special adaptations of plumage. 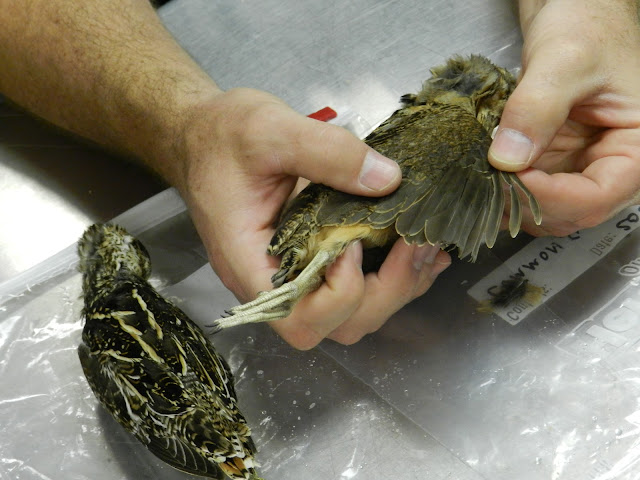 "Funky" leading feathers on the Woodcock wing. The Snipe has a funky tail feather, that I missed getting a picture of.
Anyway, I'll have an update later in April...hopefully the Woodcocks will still be hanging around then. I've heard reports of them being out and about now...please stick around 3 more weeks!

Lastly, I checked my cameras today at the field station, and I got nothing interesting. I don't know what happened- warm weather? Activity has seemed to haved slowed, or rerouted away from my transect!. We'll see after tonight's cold snap (low 20's!!!) if there's more activity.
Written by: Alyssa Johnson at 3/26/2012 09:10:00 PM Labels: Common Snipe, FLCC, John Van Niel, Woodcock