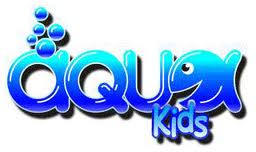 At the very end of July, I was afforded a really fun opportunity. A children's television cast and crew came to the Funny River Weir to film us and learn about the project! The Aqua Kids travel the country filming about awesome aquatic and marine research going on, and present in a way that's appealing to kids. I think their target demographic was the "tweens".

My boss, Ken, told me that morning that he wanted me to do the talking. I was flattered of course, because that meant he trusted me to represent the Service well, the office, him, and myself...and I that knew what I was talking about.

The day was, of course, overcast and threatening rain. I think the previous WEEK of weather was blue skies and sunny, so of course according to Murphy's Law, the day we'd have filming equipment in the field, it would be wet out. When we got to the location, we were briefed on the process, topics of questions, ways to stand, answer questions, "never look at the camera!", getting microphones hooked up, sound checks, lighting checks, etc. It was a bit intimidating, but really neat to watch.


Getting my microphone hooked up by George, the producer.
﻿And the filming begins!
Showing the hosts, Rachael and Clark, a spawned-out dead female chinook salmon. It was DISGUSTING, but I was coerced into handling it for the show :)
Myself, Rachael, and Clark in the trap! I was walking them through how we take biological samples from the passing chinook salmon.

Quiet on the set! 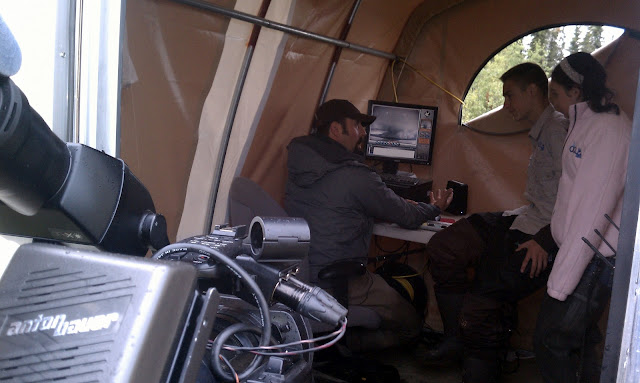 Then it was Ken's turn to film. He took care of explaning how the underwater video surveillance system works. It's his baby, it was only right!
And finally, a picture of myself and the cast!
From left to right: Katie, Myself, Clark, Rachael, and Drew.
It was a really fun day, and I had a great time with them. I can't wait to see the episode when it airs later this fall...I'll be sure to share the air date if anyone is interested in viewing :)
Written by: Alyssa Johnson at 8/29/2012 10:09:00 PM Labels: Alaska, Aqua Kids, Fish weir, Funny River, Kenai Peninsula, King salmon, Student Conservation Association, USFWS