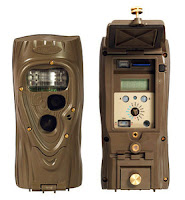 I've been in my new house now for about 4 weeks, and have had 2 camera traps (Cuddeback Attack Flash, Moultrie Game Spy D-50) set up on the property. We were lucky enough to find a house with 7+ acres for us to play on. It's been great actually, I forgot how much I missed it when I was living in an apartment complex last year. 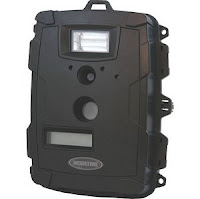 Anyway, I checked my Cuddeback camera the other day and was rewarded with a bunch of nice pictures.

This camera has been plaguing me since I got it, but it has been taking pictures lately like it's supposed to. Still no video, I don't get it, but I'm too aggravated to send it back to Cuddeback AGAIN and be without a camera for 3 weeks. The
Moultrie is bad too. That's another story.

So I checked the camera, and here are my best shots: 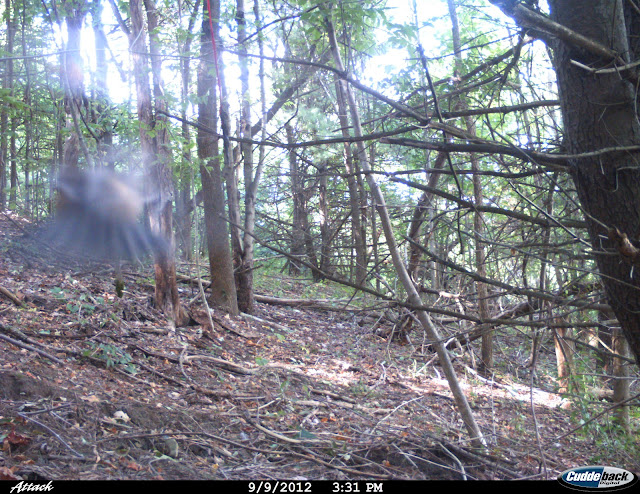 A nice action shot!
I think this is a Black-capped Chickadee because I think I can make out that black cap and white chin. 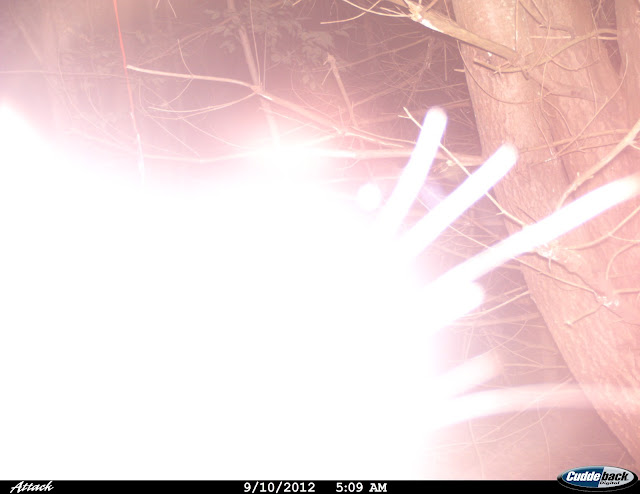 SOMEONE got a eyefull.
This is a racoon, I got a picture right before this of the 'coon, it just didn't make the cut for this entry. 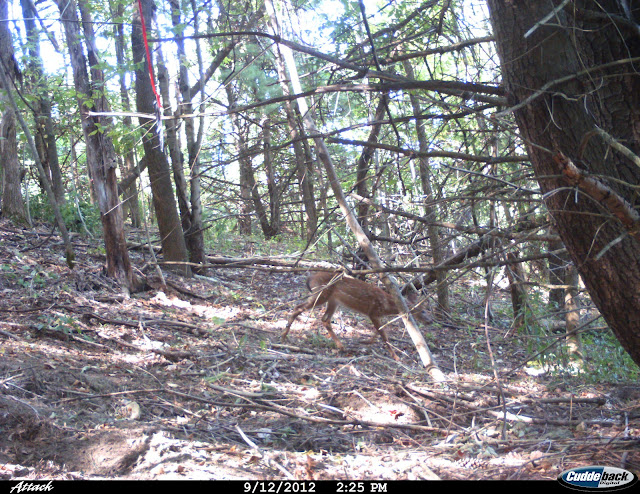 A fawn with her spots still...when do they lose them? 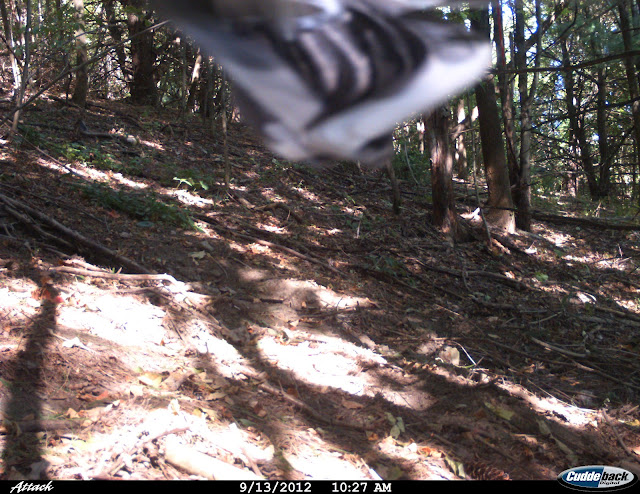 Mystery object.
I have no idea what this is, Mady and I were both away from the house at this time. It's a mystery... 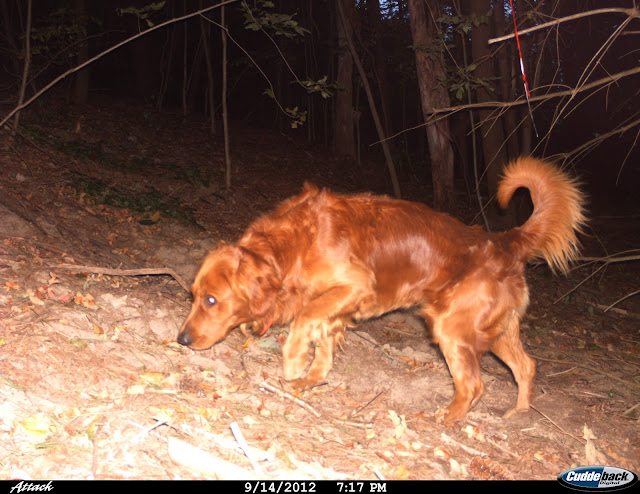 My landlord's dog, Pumpkin, who took himself on a walk the other night. 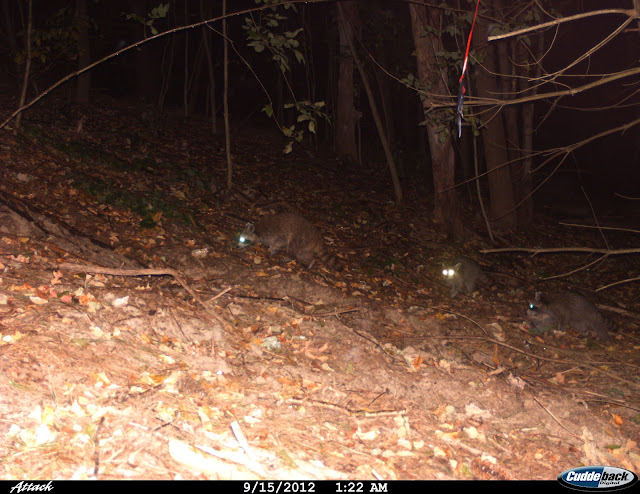 And finally, my GRAND FINALE! 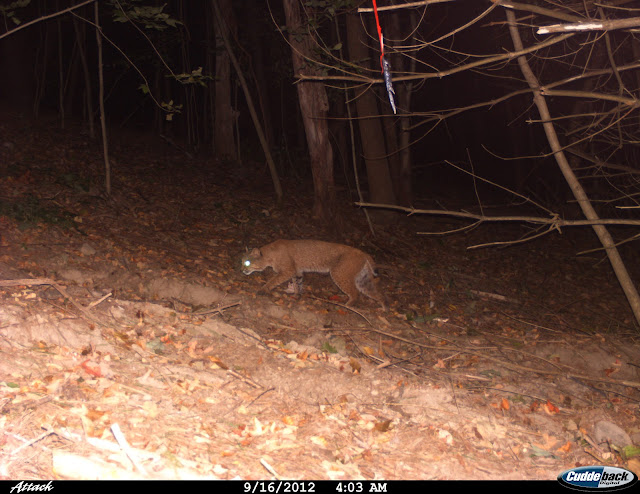 A bobcat (Lynx rufus)!!!
I literally could not believe my eyes, when I saw this picture show up on the viewer I use in the field. The camera said 2 images had been recorded since I last checked it. That usually means it's of me setting it or checking it. Not this time! One was me, and one was this bobcat! Where I'm from, in Western NY, bobcats are quite rare. The closer to the PA border you get, the more chance you have of spotting one.
This bobcat below had it's picture taken at the Muller Field Station (Canadice, NY) this summer. That's as far North as I've heard of one being in that region, and a lucky facutly member was able to get this picture of one!
I've not been so lucky, UNTIL this weekend. I'm still in shock! I hope he or she comes back so that I can keep writing about NY's only wild cat.
﻿
Written by: Alyssa Johnson at 9/18/2012 03:09:00 PM Labels: Black-capped Chickadee, Bobcat, camera trap, Cuddeback Attack, Domestic dog, Fawn, Honeoye, Moultrie Game Spy, Muller Field Station, Raccoon, White-tailed deer