Life as an Intern at Key Deer National Wildlife Refuge

I’ve been on Big Pine Key for 1 month, and I think I’m settled into the “swing” of things and pretty well acclimated. The hardest things to adjust to: heat and humidity, and not having my dog with me. I had to leave Addie with my parents for a few months. This is a temporary internship, and I’m staying in government housing which doesn’t permit me to have a pet. But the heat! The humidity! We have both in New York, for sure, but it’s never-ending here. After a storm, at night, first thing in the morning… around 90 degrees and high humidity! Fortunately, there is air conditioning everywhere here, so working indoors is quite comfortable.

I live and work on Big Pine Key, where the visitor center is. My duties include staffing the front desk, and greeting and interacting with visitors to our Refuge. Most common questions: where can we see Key deer? and: what are Key deer, how did they get so small? I also put together an evening program that’s family friendly, which is an opportunity to see parts of our Refuge that we don’t necessarily visitors to. So far we’ve traveled to the Long Beach access point and observed shore birds and learned about the importance of the stinky, smelly sea grass that’s washed up on shore (bird feeding habitat!), and last week we hung out in a freshwater wetland in hopes of catching frogs… the frogs were not cooperative. We’ve had some really enthusiastic kids join us, and I’m looking forward to the rest of our programming this summer. 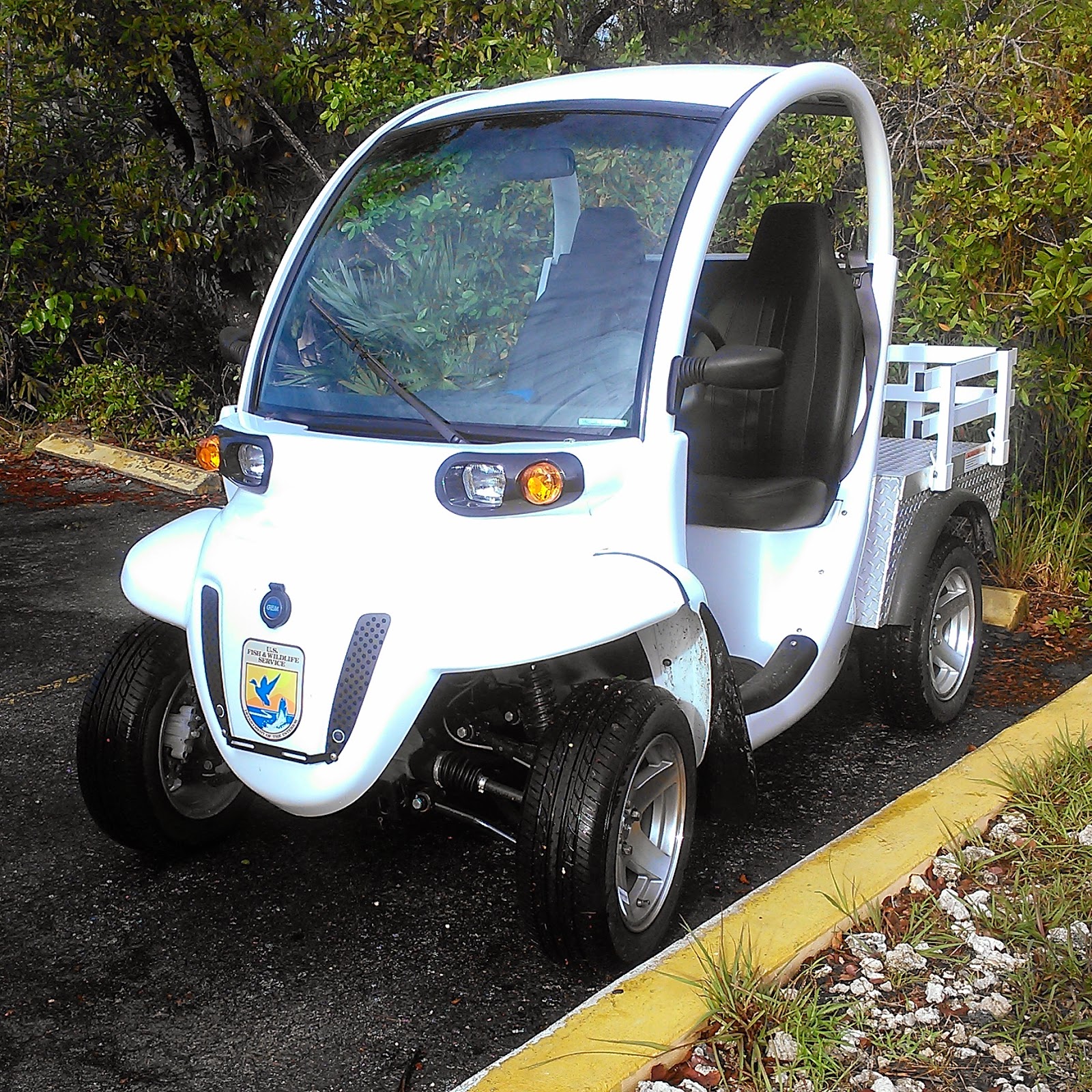 My co-intern, Heidi, and I also take out the GEM car, a cool little electric car that we used to be “out there” on the Refuge in the evening so that people can ask us questions, and so that we can also try and deter feeding of the Key deer. I’ve also worked on vamping up our Facebook posts and information sharing by starting a “Wildlife Wednesday” and “Flora Friday”, which on those days, I feature a native species of wildlife or plant with a picture and a brief blurb. It’s been fun for me learning about the biota that calls the Refuge home. Again, our Facebook page is: Florida Keys National Wildlife Refuges Complex … check us out and “like” us!

I also hope to get involved in some biological stuff as well, while I’m here. Even if it’s just a ride along for a day with a biologist. I was afforded the chance to head out to the Key West National Wildlife Refuge, which is pretty much a preserve and closed to the public due to sea turtle and bird nesting habitat. It was a real privilege to be able to accompany one of our Law Enforcement Officers, Steve, and our Deputy Refuge Manager, Chris out there. It was everything we dream and hope for with tropical islands. Turquoise, clear water, hot, sunny… paradise! And pristine because people haven’t been out there ruining it  :)


The wildlife sightings have kept me busy, and I have some fun entries to write. For now, I’ll leave you with a compilation of some Key deer videos I put together. They were taken via camera trap in my yard here on Big Pine Key, Florida.