The Weed Smackdown is an annual event here on the Kenai Peninsula. Last year it was in the town of Kenai, AK and this year it was in Seward, AK (Saturday June 30th, 2012).

The event is sposored by several organizations and agencies (USFWS, Alaska Association of Conservation Districts, Cooperative Extension, Friends of Alaskas National Wildlife Refuges, and the National Parks Service among others) and they pick a location to hold this weeding event.

This year's target was bird vetch (Vicia cracca), which is in the same family as birdsfoot trefoil (found in NY). 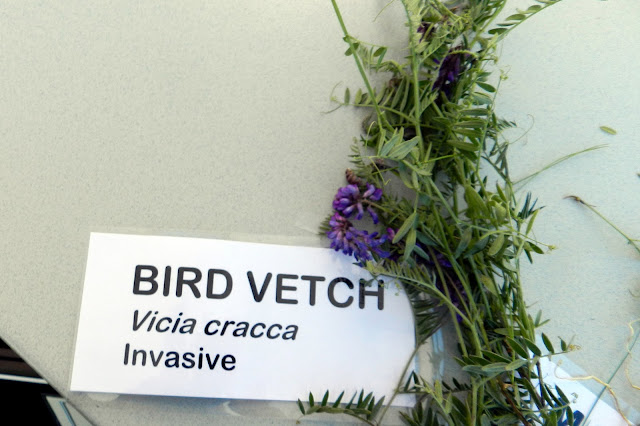 We were also shown what some "good" natives looked like that were very similar, so we knew what we were pulling out. 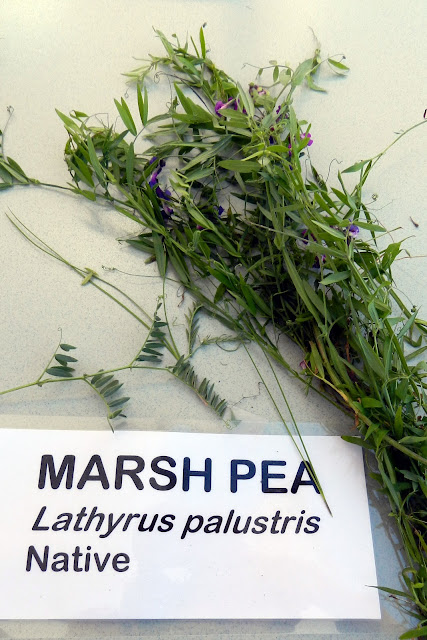 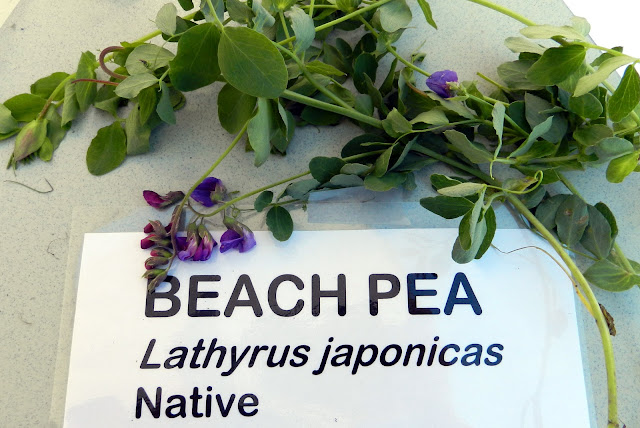 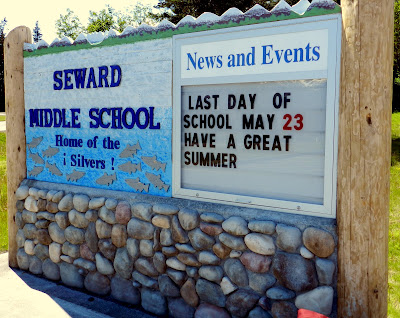 The location this year was at a middle school. Behind the school was an embankment that had been cut out to fit the school into the side of the hill. The bird vetch literally COVERED this whole bank, but there were many people ready and willing to help so it made for easy work. There were volunteers from the community, a youth group, sponsor agency volunteers, and even the Mayor of Seward came to help! So after checking people in, handing out gloves and garbage bags, we headed for the hill to get weeding.﻿ 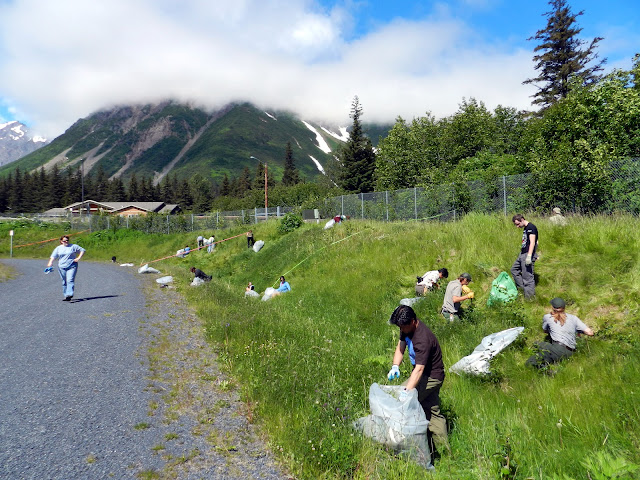 That's the Mayor in the foreground. How would you have liked to go to school in a place like this! 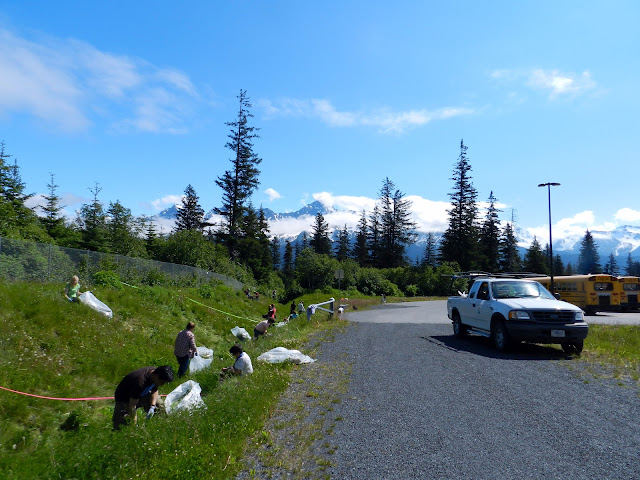 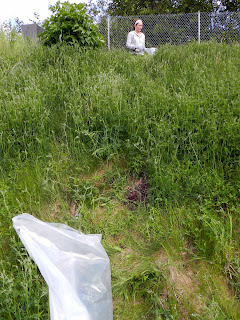 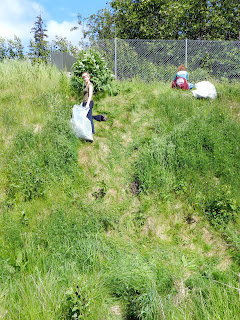 The before and after of a hillside. It might not look impressive, but if you could see the pitch of this hill and the density of the bird vetch, you'd be impressed (maybe...)! 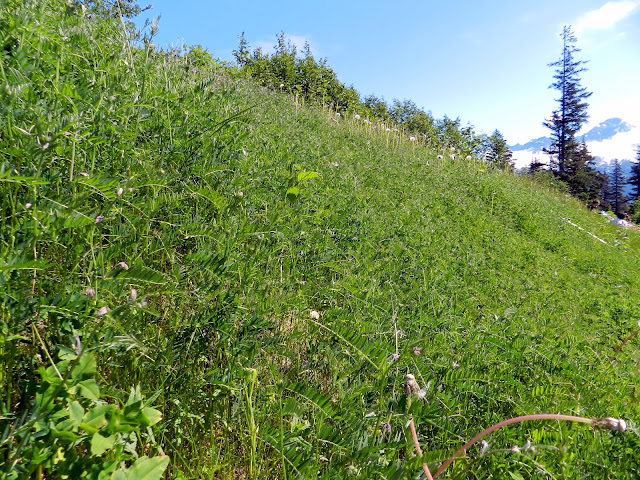 Thick bird vetch- a monoculture. That's why it's considered a weed.
Sometimes I feel like I don't portray that I'm ACTUALLY participating in all the things I write about, since I'm always the one behind the camera, unless I can have someone take a few pics. So, thank you to Heather, the Habitat Restoration Biologist in the office, for taking this for me :) 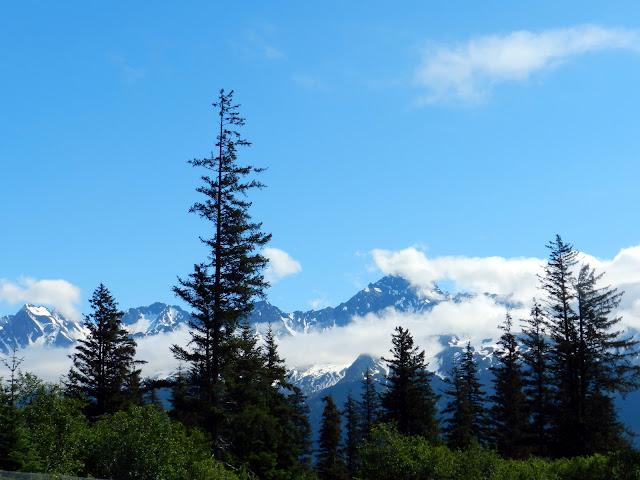 The view from the school...absolutely gorgeous day! Seward is located in Resurrection Bay, and the town is at dead sea level. These HUGE impressive mountains (which are a result of tectonic plates colliding and buckling), rise from the ocean at 10,000+ feet. It's very dramatic. 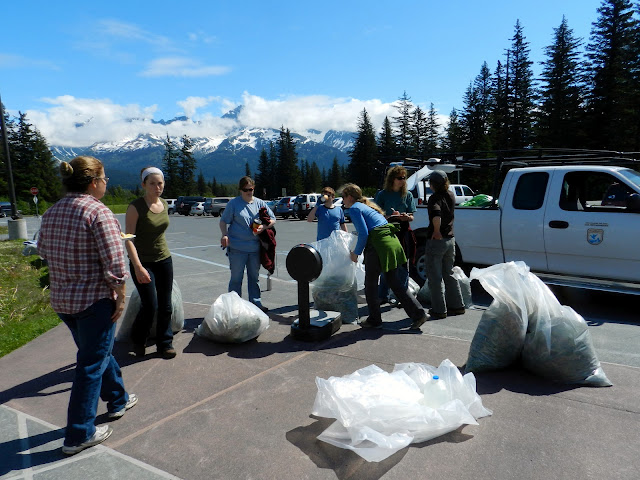 After the main "weed pulling" part of the event was over, we did a weigh in.
Over 200 lbs was pulled, which was quite a feat. All of the ..."proceeds"... will benefit a local pet goat! All volunteers were provided with garden gloves, garbage bags, and the gift for participation: a great t-shirt with the event and date on it!
Written by: Alyssa Johnson at 7/09/2012 01:09:00 AM Labels: Alaska, Bird vetch, Invasives, Kenai Peninsula, Seward AK, Student Conservation Association, USFWS, Weed Smackdown