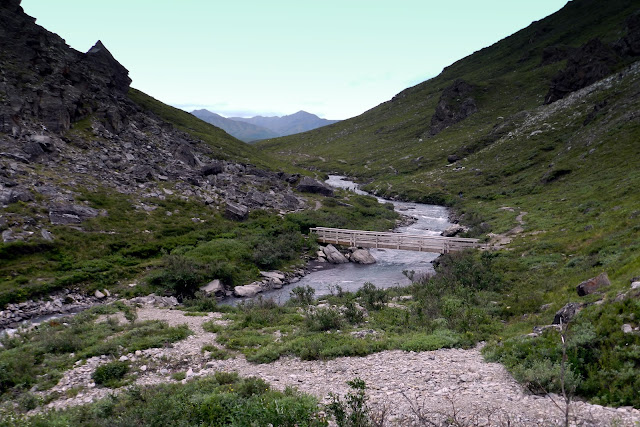 The next critter that Katie and I got to see in Denali National Park & Preserve was the caribou (Rangifer tarandus).

This ungulate artiodactylid (even-toed hoofed mammal), is an Alaskan icon. Many people are familiar with the vast migrations that the caribou make annually in search of breeding grounds and food sources, and because of their "fame" that I'd learned about before, I really wanted to see one.

We saw probably at least 10 caribou, but this was the animal that we didn't get the best views of. They were often solitary or in pairs way off in the distance, or even up on a rocky ridge between mountains. We did see a lone calf running by itself, and a couple of bulls laying together in a glacial wash basin. I'll share all of the best shots I have, but keep in mind these are all different sightings. 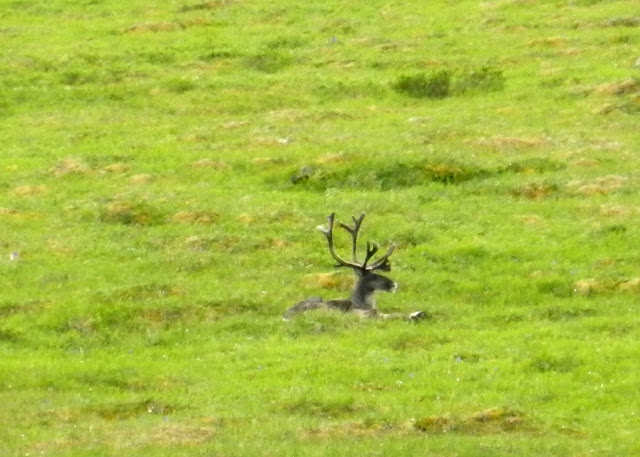 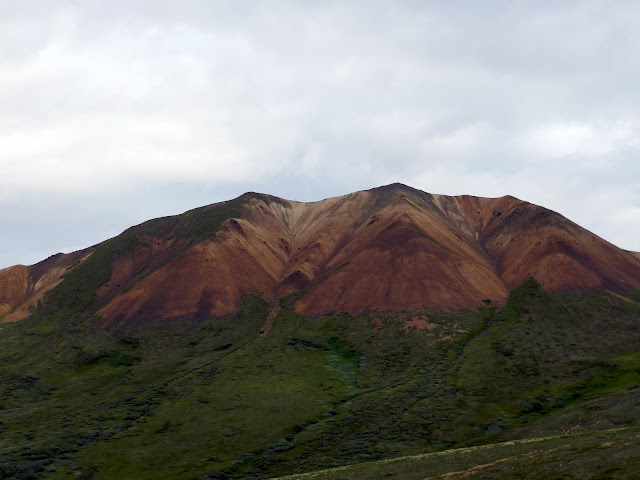 7/21/2012
Can you pick out the caribou in this picture? Don't ask me how someone spotted it...
Look at the top of the mountain, just to the left of center in the broad U. I've zoomed in below. 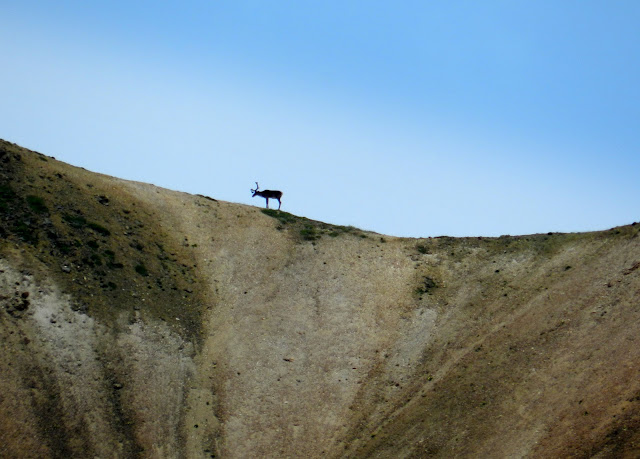 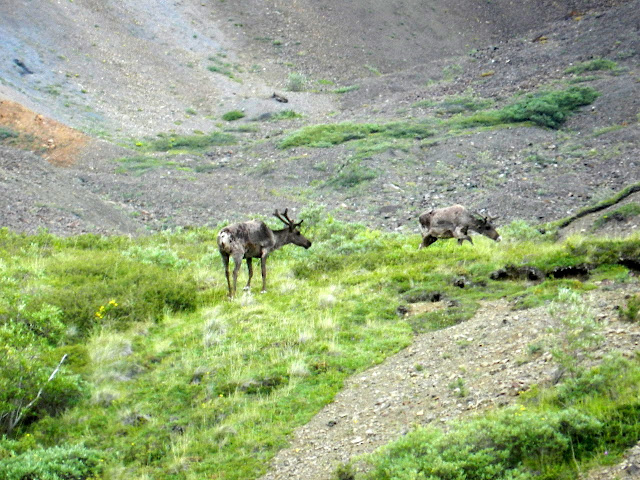 7/23/2012
Two doe caribou hanging out. Even though they have antlers, they are females. Antlers are a secondary sexual characteristic, that often shows on caribou. White-tailed deer have been known, though less frequently, to show antlers on the does. Wild turkey hens can sometimes have a beard. I don't know what this means for their reproductive abilities, I'd wager with caribou it's not quite the same situation. A fish biologist and avid big-game trophy hunter here told me that the caribou use their antlers to push snow out of the way to find lichens. Interesting thought.
Can I take a moment to share the definitions of antlers vs. horns?
Some people here (and some that I think should know better) use the words interchangeably.
This is not a HUGE faux pas, but I like to be as succinct as possible.
Animal Diversity Web 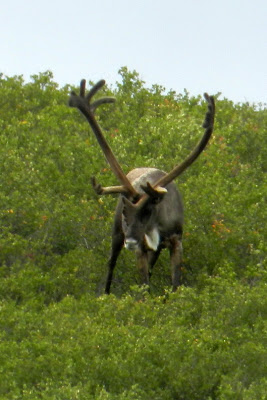 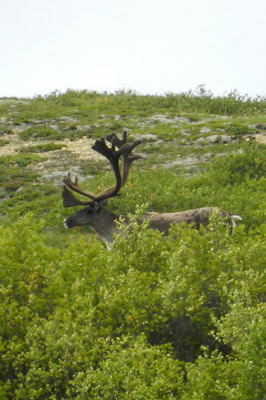 7/23/2012
A nice big bull- these two pictures are of the same animal. This was actually the closest we got to a caribou, probably around 150 yards or half the length of a football field. It's amazing how fast their antlers grow in such a short amount of time...just to be shed off and grown again the next season.
The final picture I'll leave you with is of the young caribou, born this year, seemingly on it's own.
We didn't see an adult anywhere, nor could we see a predator.
Apparently baby caribou are a favorite of brown bears and wolves...no big surprise there! 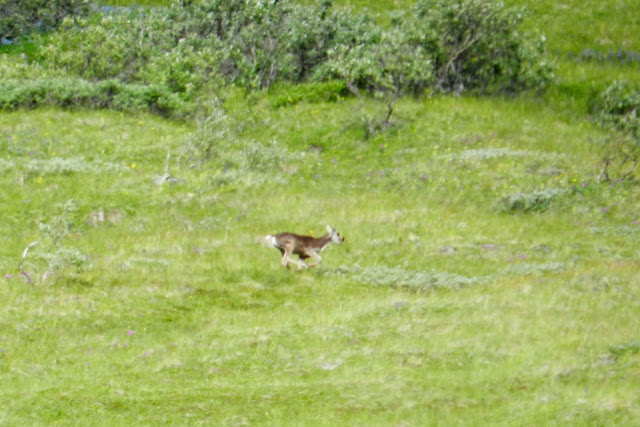