Unexpected run-ins with wild animals that leave both parties unharmed and are both a little better off! In this case, I was just standing less than 2 feet from a flying squirrel on my porch, and he was having a nice night-time snack of bird seed.

Let me back up. 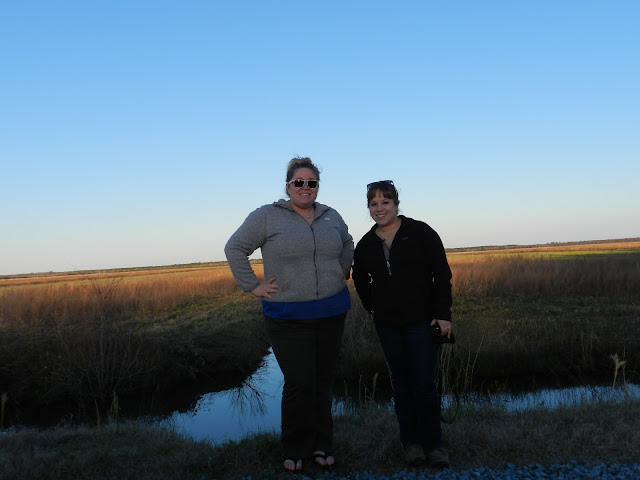 ...are roommates. We became friends at FLCC where we both attended for the past two years. We both transferred to SUNY Cobleskill together for the Wildlife Management degree this year, and are renting a house together on 8 acres of land in Schoharie, NY. It's been really fun so far, it's nice to live with someone who shares many of the same interests and hobbies, and who will talk to the birds with me at the bird feeders :) That picture above is from Alligator River National Wildlife Refuge in North Carolina where we took Spring Break in 2012 (we're nerds, we know). ﻿

We love wildlife, love to see it, handle it (when appropriate...), photograph it, and study it. We have bird feeders set up in the yard, a bird house, a squirrel house, suet feeder, and an ear of corn on a spike stuck to the tree so the squirrels can't carry it off :) So we've been doing a lot of bird watching the past couple months we've been here. And squirrel watching, mainly reds and grays during the day.

BUT, one night we heard something outside in the backyard. It was a very high pitched "tsee- tseeeeee", not exactly chirping. It was dark out, but we got flash lights out and shined them on the bird feeder closest to the house and saw this: 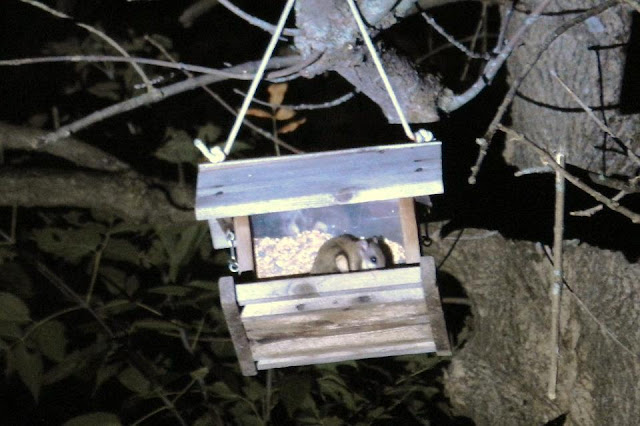 A flying squirrel on the bird feeder!
So almost any given night since then, we shine the flashlights out there just after dark, and there they are. The other night Mady saw 4 at once on the tree and around the feeder! They are such a cool little critter to have around. I've heard it said that they are the most common squirrel in NY. Not sure if that's absolutely true, but there are MUCH more of them around than many people think. They're just nocturnal, so many people don't see them as often as the diurnal squirrels. 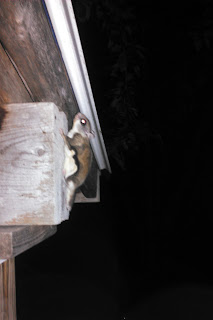 Well this evening, I ran out to the grocery store and when I came back, I walked up the steps on the front porch (porch light was on mind you) and the small bird feeder there was swinging wildly as if it was really windy...or something just jumped off of it. So I took 2 more steps up onto the platform and saw this little guy hanging onto the support!

I could not believe what I was seeing, they're usually so skittish and secretive, being creatures of the night. But this guy was in full light of the porch light, and allowed me to get very close. It was awesome. I called Mady on the phone, from the porch, and whispered to her to come to the window to see it, which she did and then it climbed into a nook and disappeared.

I came inside and told Mady my whole story (that was about 45 seconds long) and put away the groceries, and took another peek out the door to see if it came back. 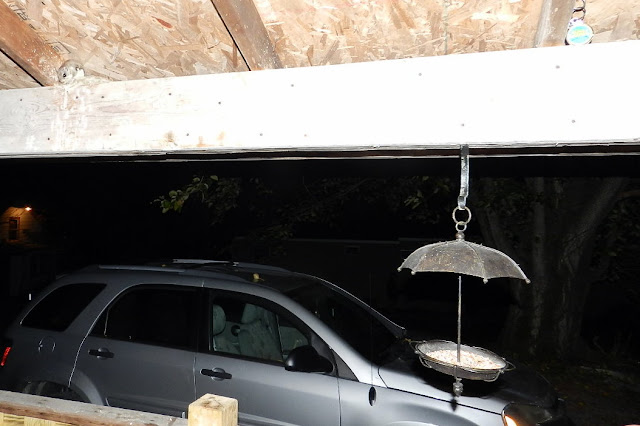 Can you see him in this picture?
That's obviously the bird feeder there with the umbrella roof, and I'm standing in the doorway, and my camera is not zoomed in at all.

I took a step out onto the porch, moving slowly and quietly and was able to snap the following pictures: 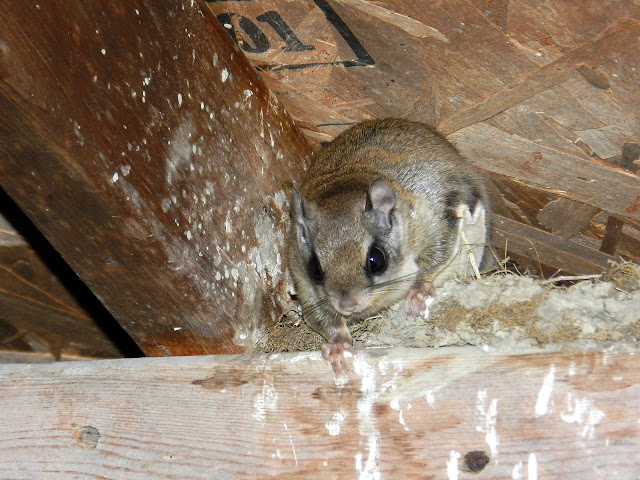 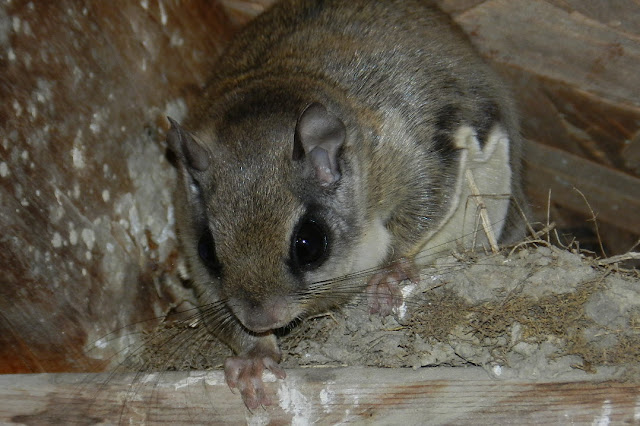 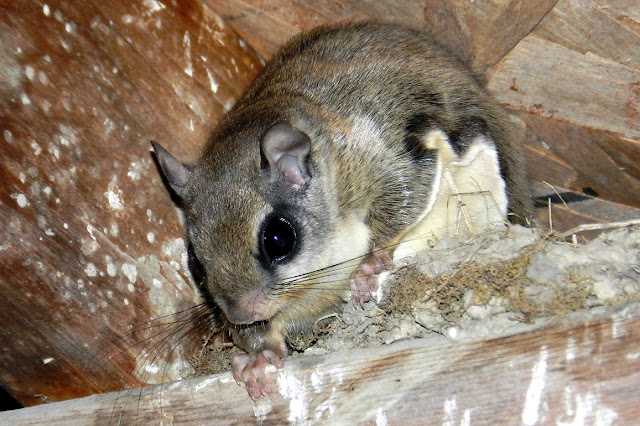 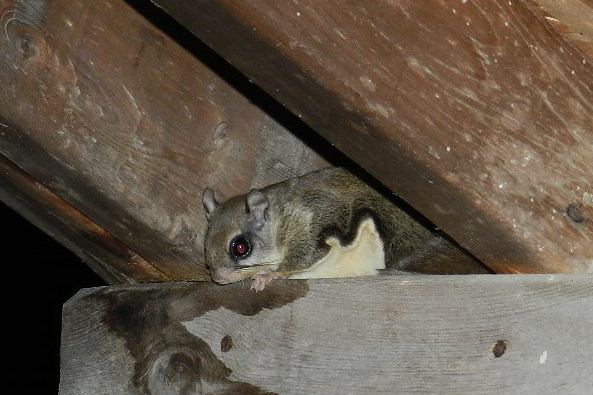 Can we all agree that this little critter is pretty darn cute?

There are 5 brief things I want to mention about flying squirrels, making this post somewhat educational :)

I LOVE these animals- such unique adaptations, and they're hard to find, unless you know what you're doing (apparently just putting out bird feeders works). I've written a few other entries about flying squirrels, including when I got to handle them last winter!

And finally, my fellow blogger and past professor, John at Backyard Beasts JUST wrote an entry about flying squirrels he caught on his camera trap! It's very cool, so please check that out at: Flying squirrel in action!


PS: If you're interested in receiving updates when I update this blog, enter your email address at the top of the page!