I've been having some camera trapping issues lately...and so in a fit of rage, I pulled the camera from where I had it, and brought it right down close to the back of my house. This tree is "the flying squirrel tree" as well as the tree that has 3 bird feeders hanging from it. There is ALOT of activity that goes on, so I *assumed* I'd get some cool images.

At first, I stood the camera upright, and pointed it directly at the platform feeder, hoping to get flying squirrels. I did in fact get them, but the flash on this camera is WAAAAY too bright for up close subjects. I even tried to diffuse the flash by layering a folded plastic bag (folded multiple times) over the flash. Didn't really work... 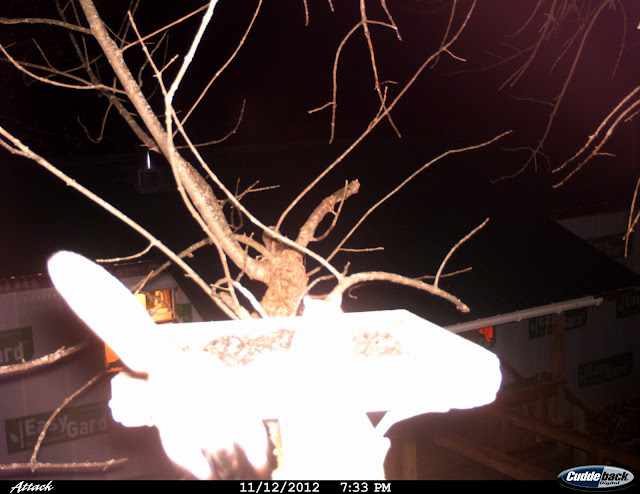 Can you tell what you're looking at? That's a flyer coming right at you, tail erect, little paws reaching towards the camera... 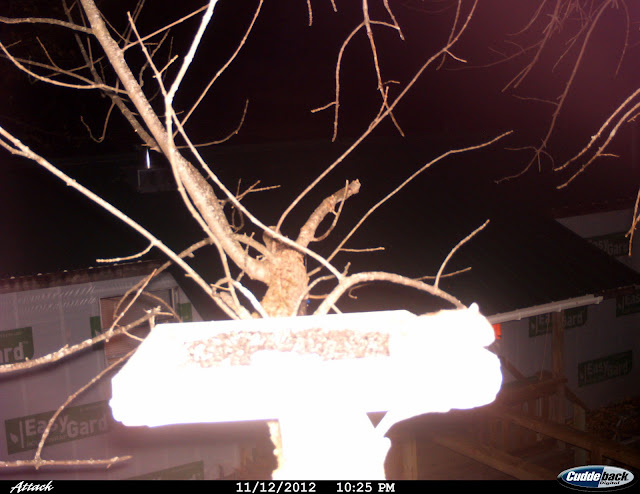 And this one, the squirrel is perched on the right edge of the platform looking out.
Well, I wasn't quite satisfied, so I tried a different tactic. I cut a rectangle of an empty milkjug plastic, the clear-ish kind, not the solid white. Taped that over the flash and repositioned the camera, this time laying on it's back on the branch, pointing straight up the trunk of the tree. This happens to be a Boxelder, by the way. Here's what the night time looks like: 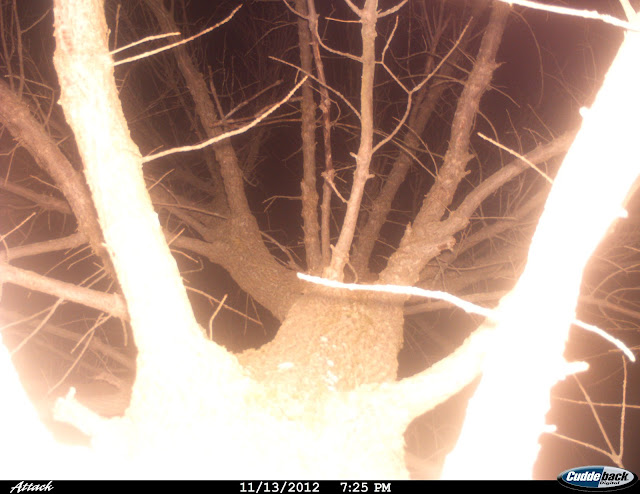 Something triggered the camera, but got away. It's also STILL too bright. I did get some cool daytime action though...
﻿
﻿ 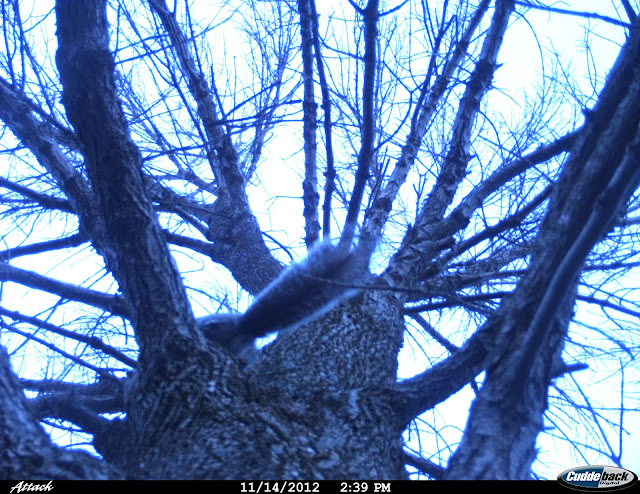 Both the video and this last image are of a gray squirrel!
I know none of this is too exciting in the world of camera trapping, but I've been meaning to start playing with different angles of mounting my camera, other than 90 degrees; to the ground. I don't remember where I first saw this being done, but John at Backyard Beasts did it recently and yielded some cool results: Flying squirrel in action... which inspired me to try!
So I took the camera down to check it, and now THIS time, per John's advice, I'm blacking out 2/3 of the flash with solid black electrical tape. This time I just set it on the back porch railing with some bird seed on the railing (I have to get out a ladder and climb up like 8 feet to get to the branch otherwise), and will hopefully have better results with the flash. THEN I'll mount it back up the tree.
Any suggestions for flash diffusion???
Written by: Alyssa Johnson at 11/14/2012 05:16:00 PM Labels: camera trap, Cuddeback Attack, Flying squirrel, Gray squirrel