Since I moved to Schoharie, I've been told to be on the lookout for a few animals different that have been absent from the Finger Lakes in the past. Those 3 specific critters are the bobcat (Lynx rufus), the porcupine (Erithizon dorsatum), and the fisher (Martes pennanti). They are my "Big 3" of the Catskill region of NY.

I got a great picture of a bobcat in my backyard within weeks of moving here: 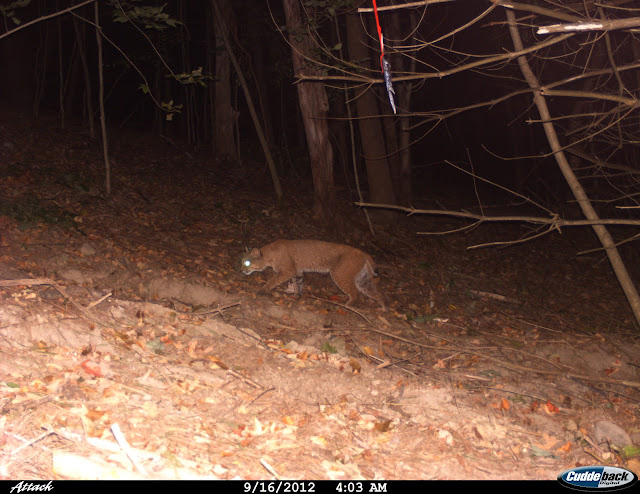 And I've seen enough road-killed porcupines to last me a lifetime! I would like to see a live one show up on my camera though... 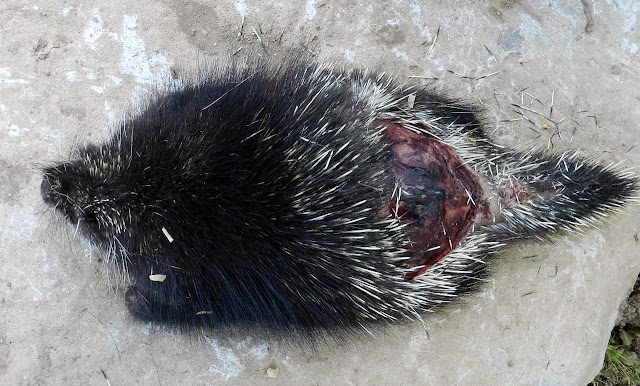 What I have yet to see with my own eyes, or through my camera, is the fisher. I have had two classmates set up cameras in my backyard. Both cameras were set up within a stones throw of mine. In fact, one was set up on the very same tree that mine was on when I got the bobcat, although I had moved mine temporarily...ugh!

I wanted to share the pictures because fisher are cool. They belong to the weasel family (Mustelidae), making them cousins to weasels, mink, marten, otter, badgers, and wolverines! It's pretty crazy to think that they're all related, but they are. And, for a long time the skunks were thrown in that family too, although now they've been placed in their own family.

The "weasels", and I use that generally, are hard to camera trap, or observe with the naked eye. They are very smart for their size, they are wary, and are mostly nocturnal. So, unless you're skulking around in the dark, in their specific habitat (because they all have very specific habitats), you're not likely to see them. I've only ever seen mink, otter, and a weasel species of some sort by chance. I've much more often see sign left behind: scat.

Here are the fisher images:

I don't know why I haven't gotten a picture of my own yet! Unless it's the technology I'm using. I am using a flash camera, where as both of these pictures are taken on an infra-red camera. Perhaps the flash keeps the fisher away, although I would think that I should at least be able to get ONE picture before the flash goes off and spooks the animal! ((Plus..I still think my Cuddeback is a lemon.))


And as you can see on the time stamps, this is likely the same animal. Taken the same night, 3 minutes apart. The bottom picture was actually taken first. My camera was BETWEEN these two. I don't get it!!!