I've been holding off on sharing these pictures, because I have a long, lengthy entry to go with them. I haven't had the time, and it'll especially be tough now that my semester starts back up tomorrow.

But, I can't hold back anymore! SO I'll do a preview show!

While I was away from Schoharie, the town where I live for school, I left my Cuddeback Attack set up in my backyard for 4 weeks unattended. I will admit, I did bait the camera set. My roommate works at a fancy European restaurant and gave me a bunch of chicken and turkey scraps. There was some meat, but a lot of gristle and bits that people wouldn't be keen on.

I FINALLY got rewarded with 12 pictures of fisher (Martes pennanti). My jaw dropped because: fisher are very wary and secretive AND I have a flash camera and I had assumed that the flash would deter them from coming back. Wrong!

So I posted that picture above and implored the readers of that blog to play along with me and take some guesses. I provided them with a link to the list of accepted NYS mammals on our Department of Environmental Conservation website, and I gave them the following 5 clues:

I didn't know the experience (with wildlife) level, or interest level of my readership. Or, haha, if I had a readership. But, I was pleasantly surprised with a bunch of comments of guesses and HIGH blog hits. Last Wednesday (1/16) I had 747 hits that day, and the most popular entry was the one concerning my "mystery" critter.

So here are a few of my fisher pictures. I'm not giving them all away just yet, because I do have an interesting entry in the works! 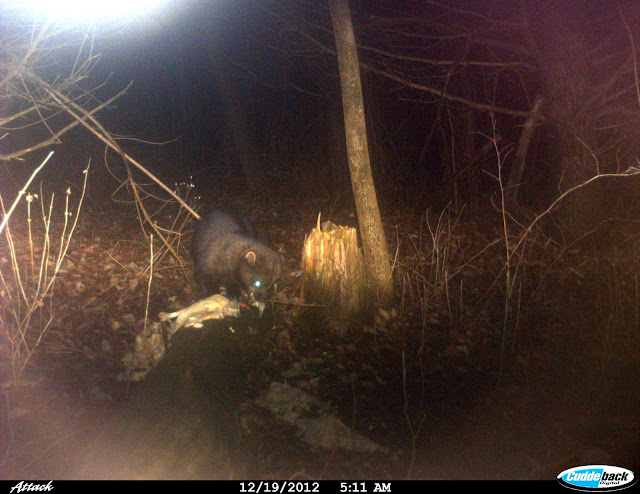 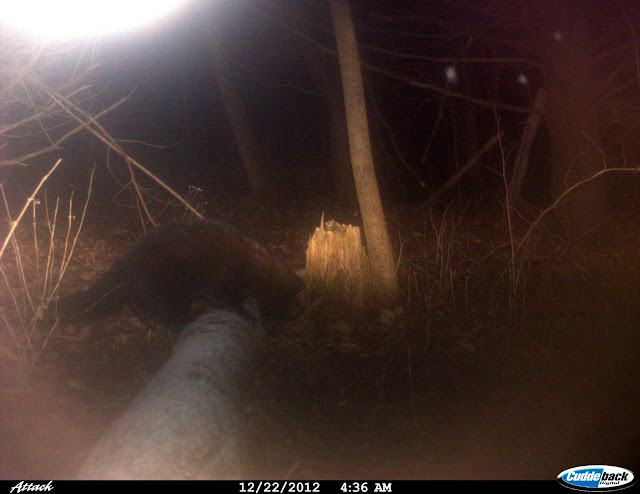 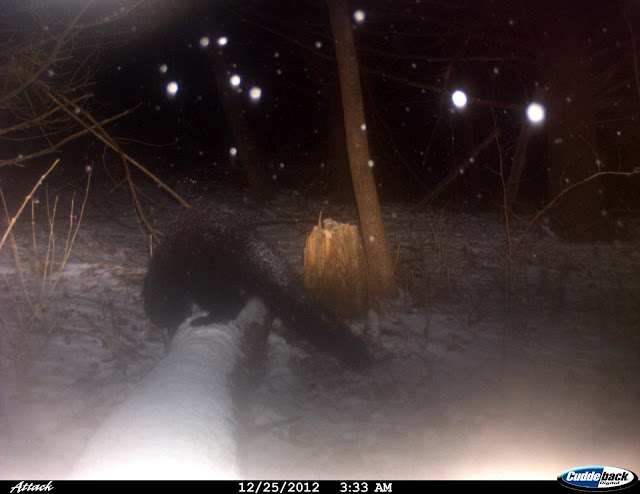 I'm so thrilled! Fisher are a big-time "win" for me. Especially the great pictures and multiple shots that I got! The pictures do look a little fuzzy because, if you've been a reader for the past few months you'll know this, I partially cover the flash with black electrical tape because I've found it's way too bright for close range pictures. And I like the distance of the fisher from the camera here. They're nicely centered and framed. I did remove one piece of tape though, and got the following picture of an Eastern cottontail, and the quality is greatly improved.


So that's all for now. I hope to piece together the rest of my fisher post(s) and share them.