It's been a few weeks since I posted anything substantial about my ongoing, semester long project at my college's Muller Field Station. For some more background information on that, check out: Research Methods in Biology.

Last week was a flop- nothing TOO interesting. The usual players (WTD, red fox, coon, possum) all wandered by.

Again, this week, nothing out of the ordinary (I've been DYING to get a black bear...I've found scat and tracks at this location recently!), but I thought I'd give an update. 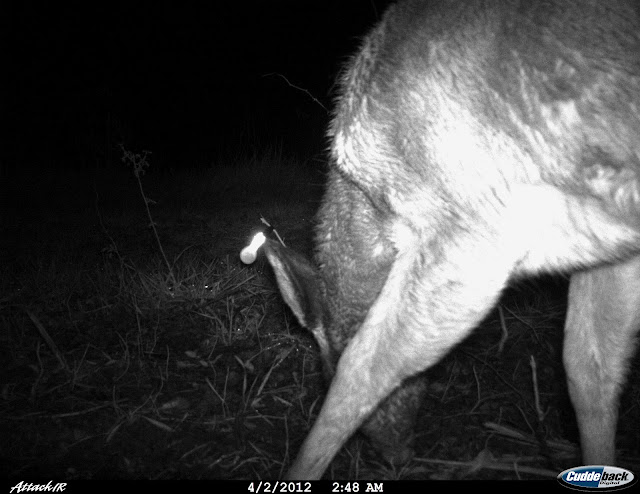 White-tailed deer (I thought it was a coyote at first...)
Camera B: 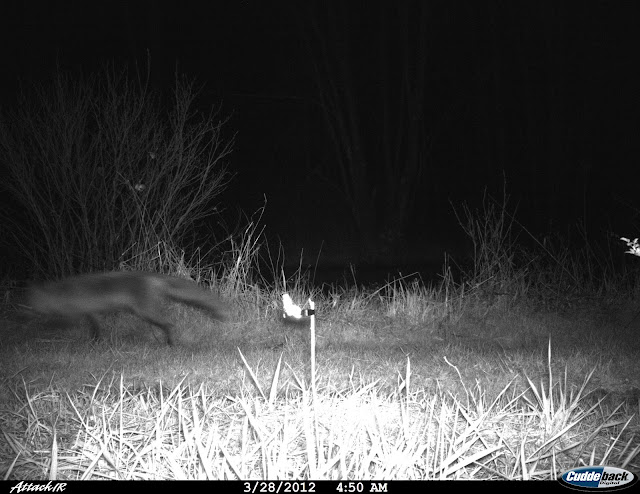 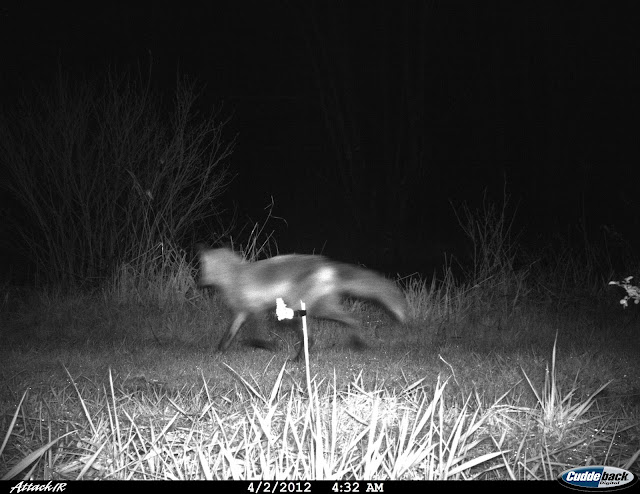 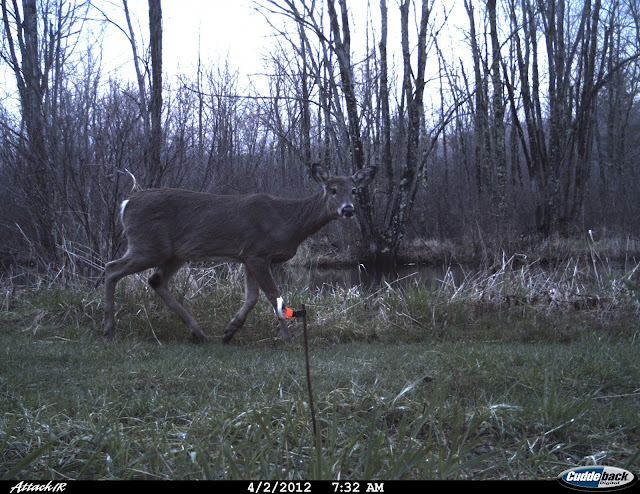 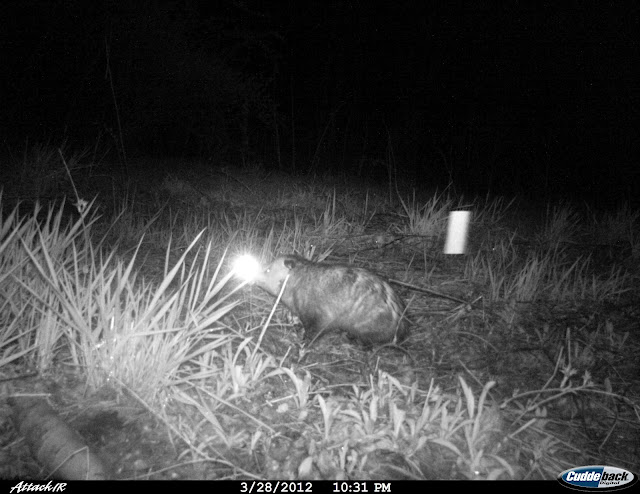 A Virginia opossum pulling down a scent pad! Naughty! 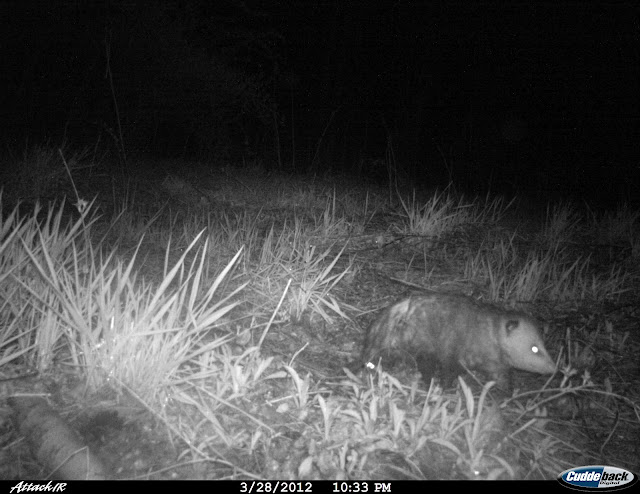 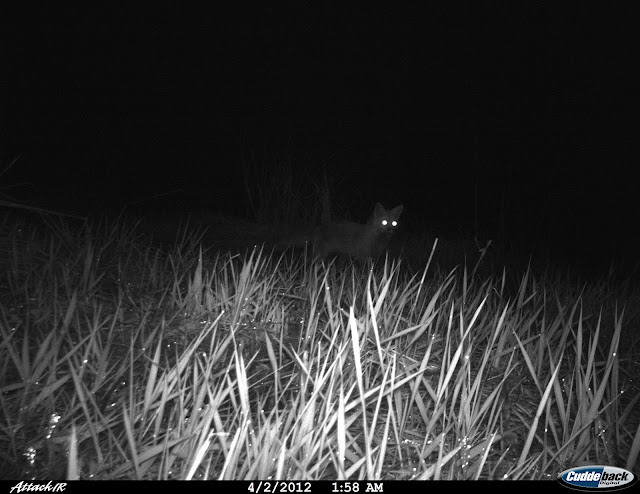 Red fox...intentely watching something over the camera's shoulder. Check out the accompanying video.
This video almost seems like a picture- that fox is so still. Whatever had his/her attention eventually became uninteresting. 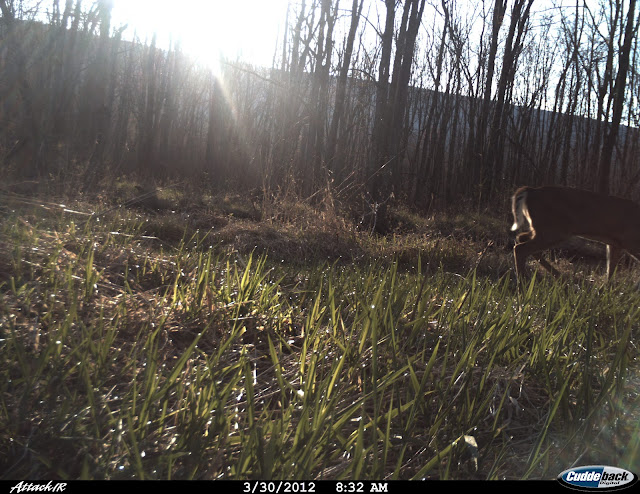 White-tailed deer
These next two pictures are puzzling to me. The immediate following picture has me leaning towards a gray fox. I have yet to get a gray at the field station, ever, but at all this spring specifically. They've got to be around. At the fur auctions I went to over the winter just up the road, people were bringing them in by the handful. The second picture after this one is surely a red fox. Three things that makes me want to say gray for the first: 1) Size: the first animal seems to be a third or so smaller than the second. 2) Coloring: the first seems darker, and may have the signature black line down it's fluffy tail. 3) Facial structure: the first is daintier and has a shorter snout- when I see it, I think of a cat. This though, is not a cat. 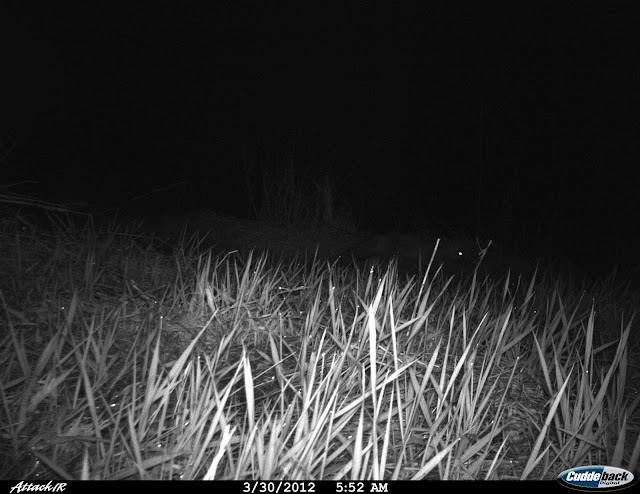 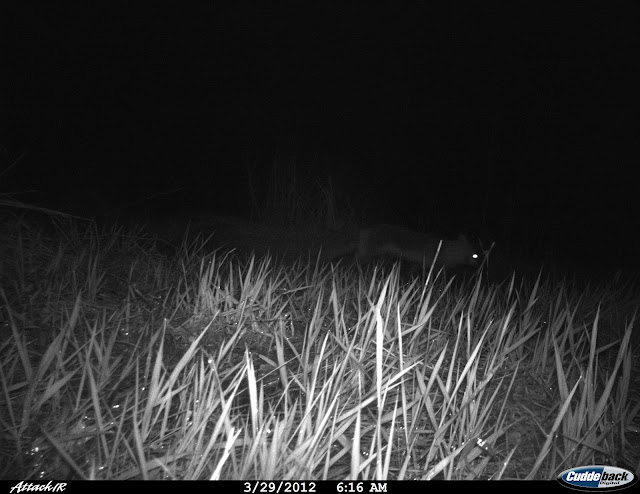 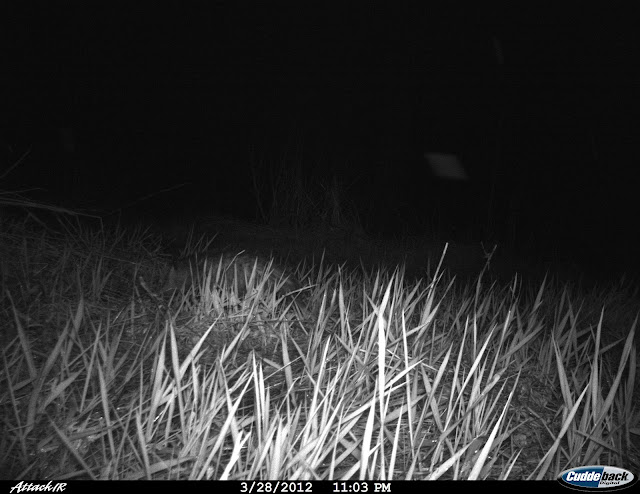 And that's the gang for the past week. It's been a really interesting experience so far. I've had phenomenal weather every Monday when I go out and check cameras/rescent each site. It's been so mild and sunny, it's be very enjoyable making the trip.

I've also been working on two other things related. One is a table of all my data: The Master Spreadsheet. Eventually, when I have all my data (by April 30th), I'll be able to make graphs to show the activity patterns...I've already played with it a little, and it's really interesting.

Below is what I've created:

﻿
And the other piece I created was this poster to be shared at the Muller Field Station Spring Open House this coming weeked! 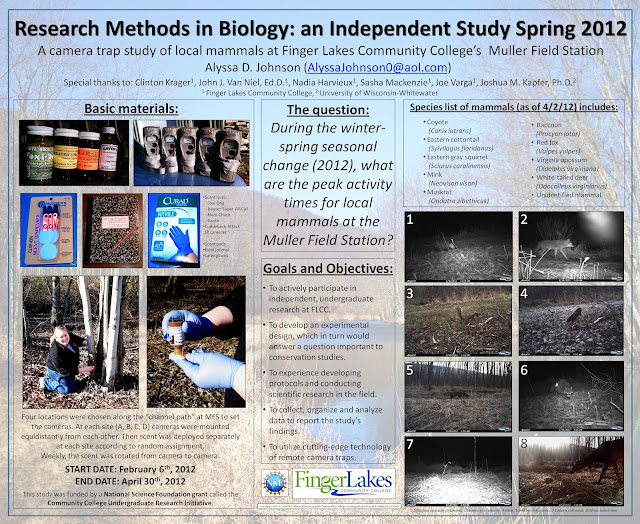 Thank you to those who've been helping me out maintain my sets, sanity, and who are keeping me on track!
Written by: Alyssa Johnson at 4/02/2012 04:27:00 PM Labels: camera trap, Cuddeback Attack, Cuddeback Attack IR, Muller Field Station, Red Fox, undergraduate research, White-tailed deer