As I mentioned in the previous posting, I got to see a new mother moose, and her hours-old calf. The picture in the previous entry of the pair I did not take, but I wanted to share it anyway because of the Cute Factor.

As I mentioned in the last entry, the end of last week was dedicated to learning how to recognize grizzly and black bear behavior, and then how to defend myself. The day I got here I was told that although bears are a threat, the real scary animal here is the moose. Especially a moose with a calf. Apparently they will feel threatened at a much further away distance than a bear, and are considerably faster. I've heard that grizzlies can run up to 35mph. I can only imagine what a longer legged, leaner animal can clock out at. Plus, they are defending their young this time of year. That baby is a BIG investment!

So last Thursday, I'm learning all about learning to avoid large scary animals, what to do, what not to do...etc. Thursday night as I was making dinner, Sally wandered into our cabin area. This was the first time that I had seen her and so close. If I were to guess, probably at 20 yards or less. 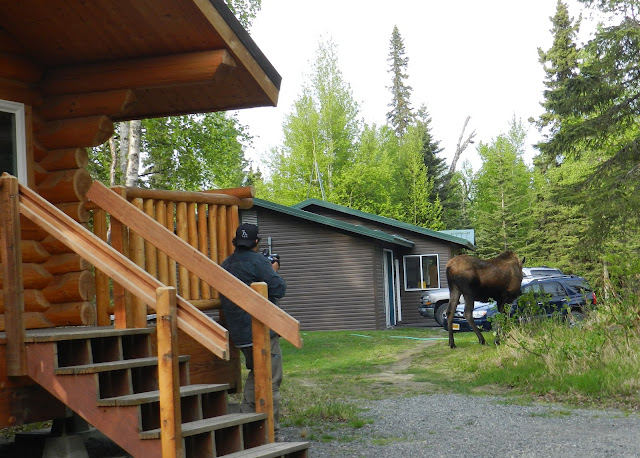 Coworker Matt getting some shots of Sally 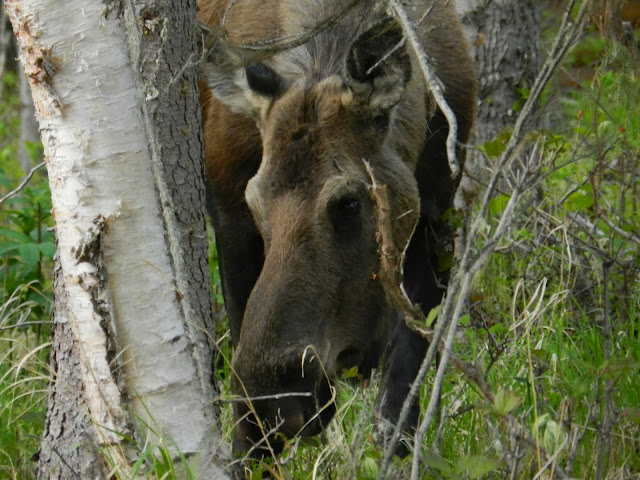 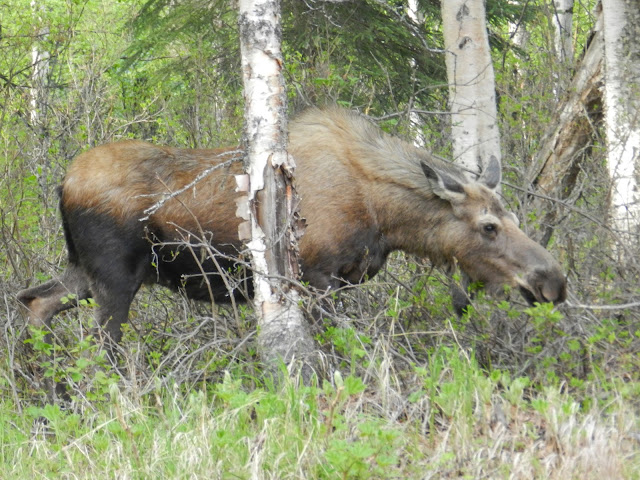 This picture from my other entry:﻿﻿

...was taken earlier Thursday. This calf was born THAT day! How cool is that?


I was very excited, as I am about all wildlife encounters, and everyone was telling me to leave Sally alone and remember what I had just learned. I honestly have no intention of messing with critters who outweigh me. People keep telling me to be careful, and that is my goal.... but I had a camera trap that I was itching to put in a good spot. So I waited for Sally to leave the area, and I headed to where she had been browsing to find a spot for my camera. 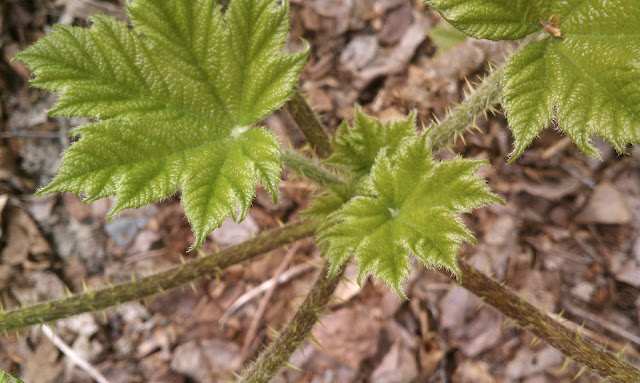 They eat this hideous stuff...Devil's Club (Fatsia horrida).
In that first picture of Matt I literally walked between that cabin and the brown building and there's some brushy alders and more of this Devil's Club. I didn't see Sally anywhere, so I took a few steps into the brush and looked down...and there was baby. It took me 3.5 seconds to register that I was looking at the lone calf all snuggled down like the white-tail fawns are back home this time of year. And then I ran. I never saw Mama, but I didn't want to. I have never been so terrified in my life, and I don't think I've ever moved so fast back in my life, to the kitchen and stood on the steps hyperventilating telling one of the guys this story. He didn't have any sympathy for me :) but that's ok. Had I been trampled, I would have deserved it. BUT I wasn't and I had an awesome glimpse at an hours-old calf. I unfortunately didn't get any pictures, all I had was the camera trap.
But the moose sign is everywhere here... 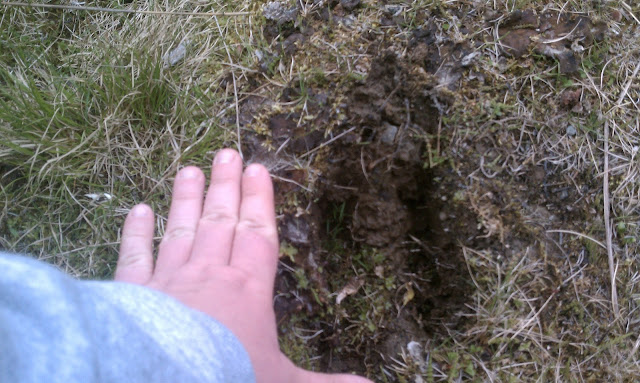 I'd be interested in trying to find out if this a front/hind, left/root foot based on sizes and cleave orientation...   :)
And then it wouldn't be a proper mammal post without a picture of scat. I have a whole blog entry writing itself in my head about the poop I come across here! 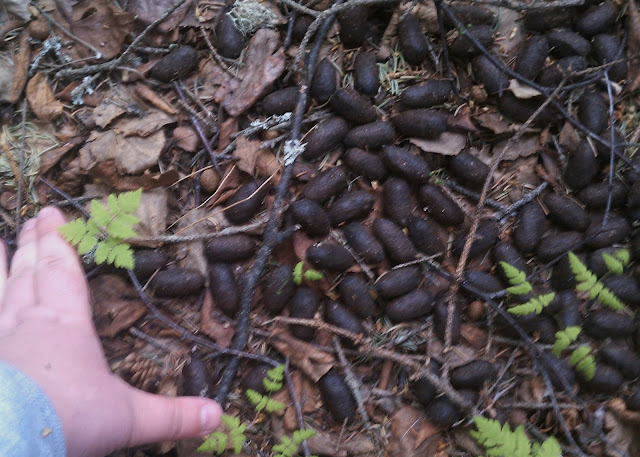 Moose scat
I haven't seen the calf since, although Sally made an appearance here over the weekend...but maybe they're on my camera trap that I did eventually get set up in a new spot over a dead snowshoe hare I found. Hopefully I'll have some good pics to post soon!
Written by: Alyssa Johnson at 6/05/2012 11:27:00 PM Labels: Alaska, Devil's Club, Kenai Peninsula, Moose, moose calf