Quick post before bed: I have awesome video from the underwater fish counting gear, but the upload Gods are against me! I've literally been trying to post these video clips from my cabin, the grocery store, work, and now a hotel. As I sat reviewing the data one day, a river otter swam through the video shoot, and I watched it happen live. Totally amazing! I don't want to spoil it too much, I'll get the videos up eventually...I'll share the track pictures for now :) 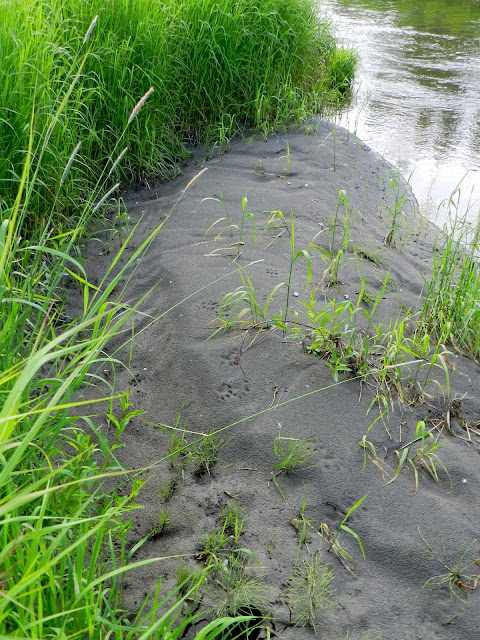 Below is a zoomed and cropped version of the above... 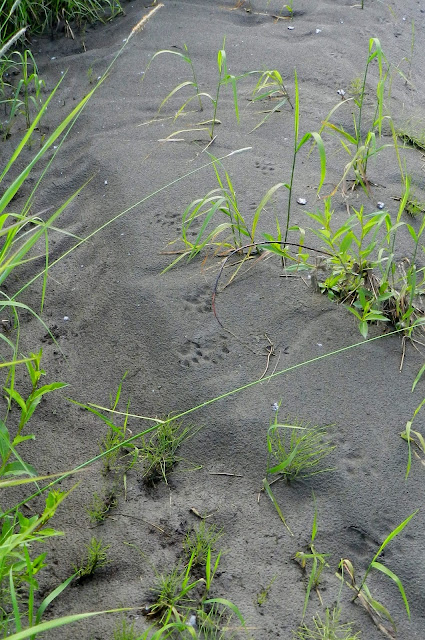 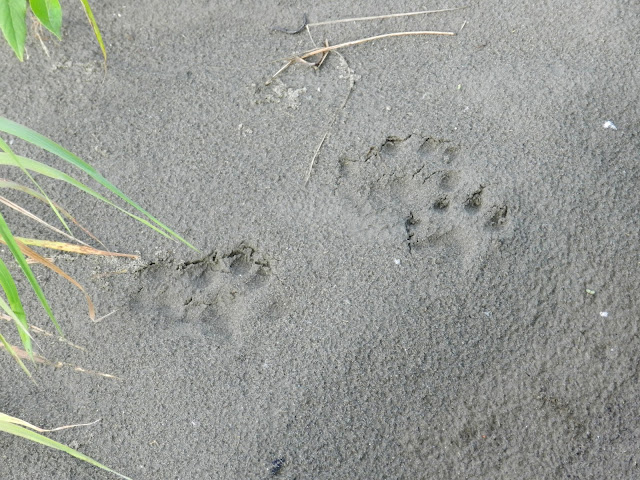 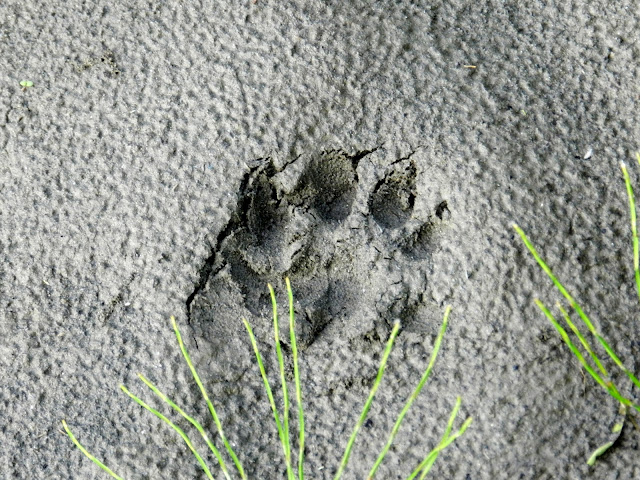 Sorry, I had nothing to offer for scale. These tracks were on a little muddy sandbar, and when I tried to step onto it I sank up to my knee. This individual track above was probably about the size of a Chips-Ahoy! cookie. Bigger than an Oreo, but definitely smaller than a half moon. Like the comparison?
I haven't gotten any camera trap pictures yet...even though it was in PRIME location for these tracks. I'm so frustrated with this camera. I think I have a lemon. This is not ok, Cuddeback!
Anyway, I wanted to post a quick entry because I'll be cut off from computer access for the next 5-6 days...heading to Denali National Park for a loooong weekend!
Written by: Alyssa Johnson at 8/10/2012 02:54:00 PM Labels: Alaska, Fish weir, Funny River, River otter, Student Conservation Association, Underwater camera