This story is one of the brown bear. This bear is known by several names: brown, grizzly, and Kodiak, but they're all the same species, Ursus arctos. I am going to refer to them as brown bears, since that's how the rangers at Denali refer to them. Throughout our 3 day visit, we had probably 15 sightings of brown bears. Most of them looked like this: 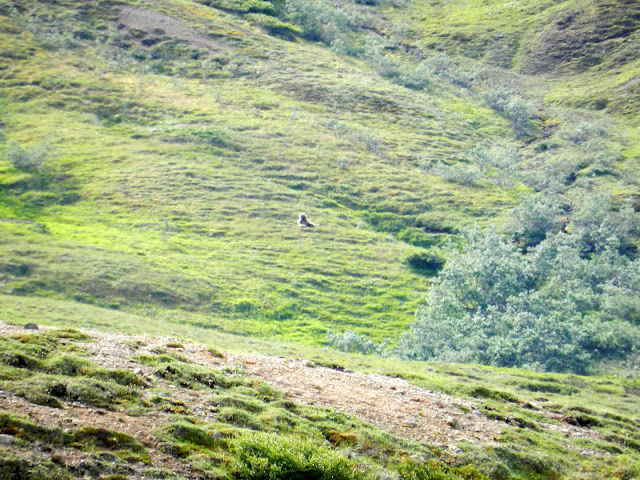 Through a 36X zoom, this is a sow (sitting up like a person) nursing two cubs.
The majority of our sightings were like this...little blonde blips on the mountain sides, off in the tundra. Those of use with long zooms and binoculars got the views. I'm impressed with my camera, as were others on our bus. I would snap a picture like this, then pass it around to show others what we were seeing.﻿
The third day of our trip into the park, we took a shuttle to Kantishna which is a 90+ mile round trip into the park.
Once we really got out there, we were diligently watching out the windows of the shuttle for something on the tundra. We were quickly rewarded with:
A mother bear and her 2 cubs...relaxing in the meadow! It was absolutely an amazing sight to see. 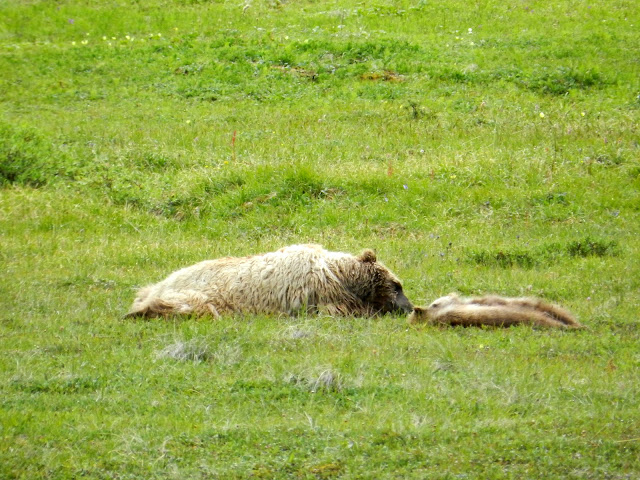 All was quiet for the first few minutes of viewing... 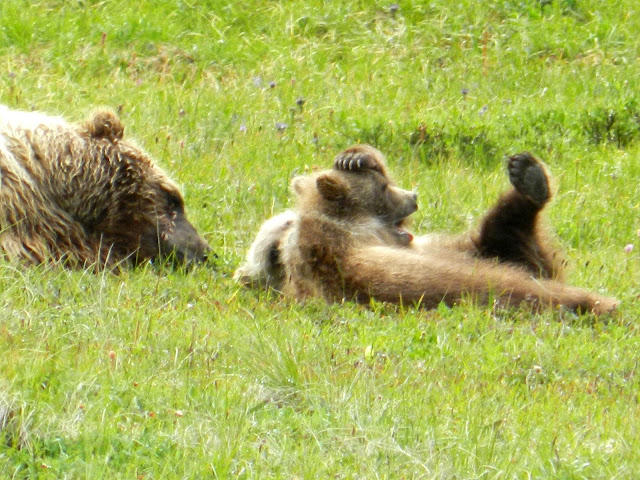 Then, Thing 1 and Thing 2 got a little rowdy. 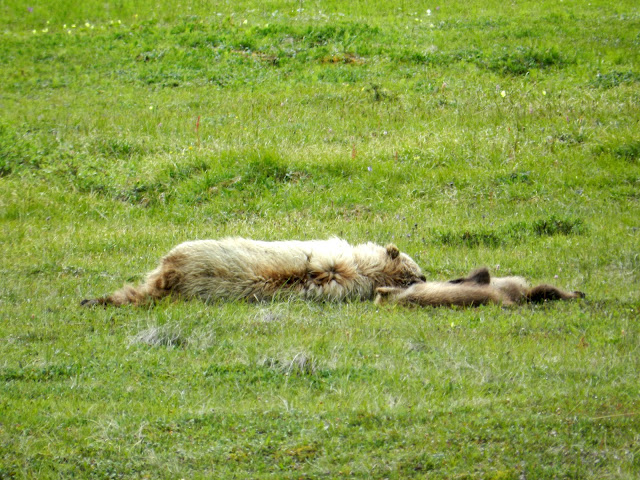 Mom rolled over in exasperation... 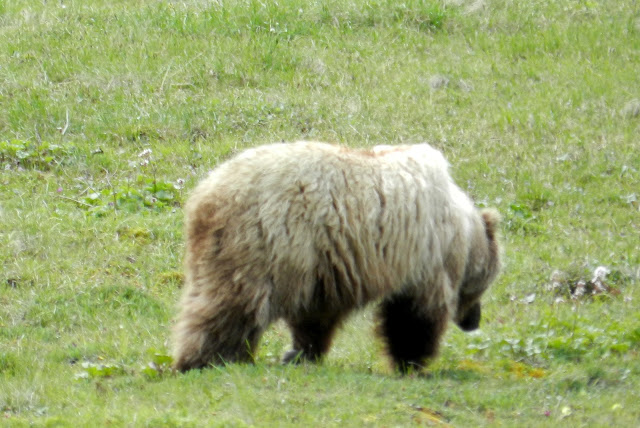 ...and finally had enough and got up. 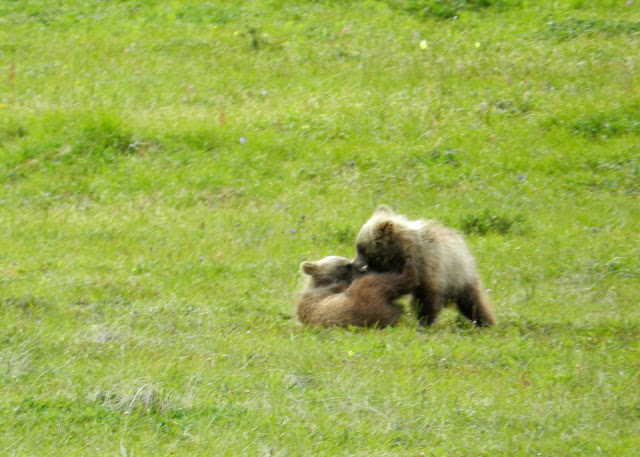 The cubs took that to mean it was go time, and started ripping into each other as they were wrestling. This behavior allows them to experiment with their bodies, and practice their moves for potentially later in life when defending themselves against a competing bear. And they are siblings, and I know MY sister and I did our fair share of this when we were younger! 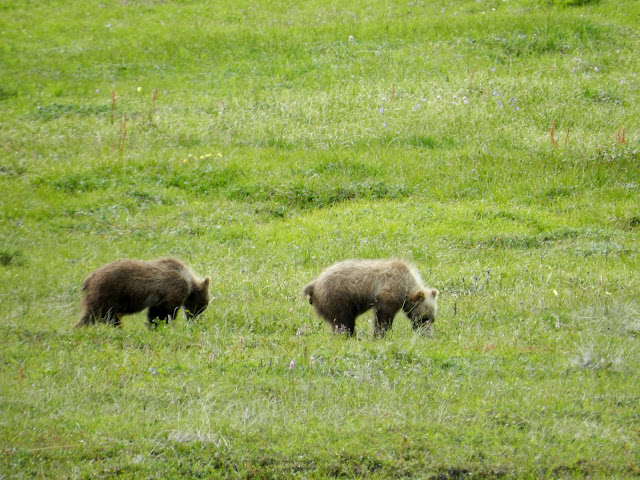 And all of that action really got things moving...and in this case, bears **** on the tundra :)
Yet ANOTHER awesome memory and pictures to accompany from Denali National Park and Preserve. I urge everyone who is reading this entry, to add DNPP to their personal bucket list and make the trek north. It's worth it. Even if you don't see brown bear cubs wrestling, you'll get to see amazing views like this: 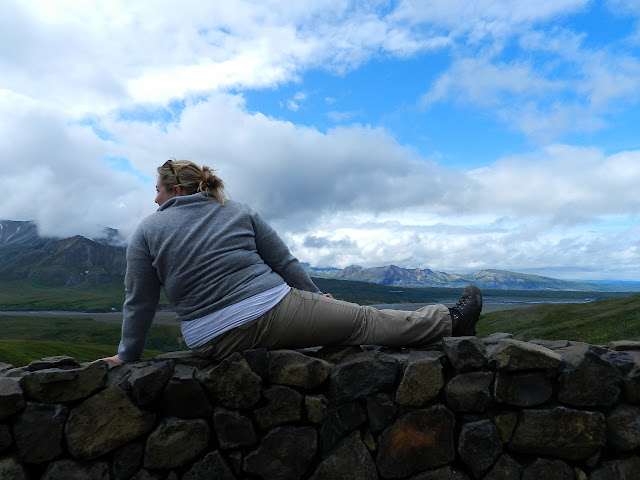