The final chapter of The Big 5 story from Denali National Park & Preserve, is about the moose. 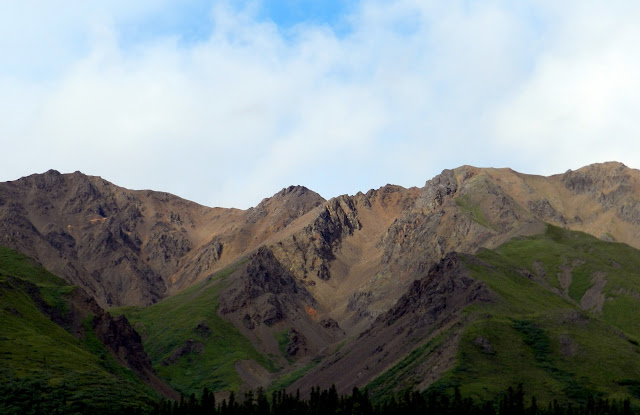 The third and final day of our adventures in the park was a long one. We took the shuttle bus 92 miles into the park, to Kantishna. Our total trip time was 13 hours roundtrip, which was a long day...but totally worth it. We saw so many of Denali's critters and had great viewings of them, the day didn't seem so long.


After we had reached Kantishna, and turned back to head 92 miles back to the entrance, everyone on the bus kind of quieted down and got comfortable for the ride back. After a few quiet minutes of bumping along the gravel road, someone yelled out "STOP!" scaring me half to death. They had spotted a moose running parallel to us up on a ridge several hundred yards away to our left. I've almost literally tripped over moose and calves outside my cabin at the wildlife refuge, so I wasn't particularly interested in fighting for window space to take faraway pictures of this running moose. But then, our driver turned to Katie and I (we were sitting right behind her), and says "I wonder why that moose is running? They usually don't run unless for good reason...". And this moose was in a flat out gallop. Not a trot, not a lope, a reaching, ground pulling run. Within seconds of her saying this, from the back of the bus we hear "Oh my God, there's a brown bear!".

Well it didn't take much thought to piece together the story. That bear was after that moose. We were just entering back into the treeline, so there were shrubby, bushy spruce, alders, and willows littering the landscape, making it difficult to keep the chase in view. We were also running a bit late, as we had had too many of these "Nat Geo" moments that day. Our driver apologized to us that we couldn't wait it out to see where they met, and also I don't know if she was ok with letting a bus of 40 people watch this dramatic scene play out. So, we moved on.

Just as we rounded the corner, the moose burst from the shrubs on our left, and we made a quick stop to let it pass. The following pictures are the only that Katie and I were able to catch. 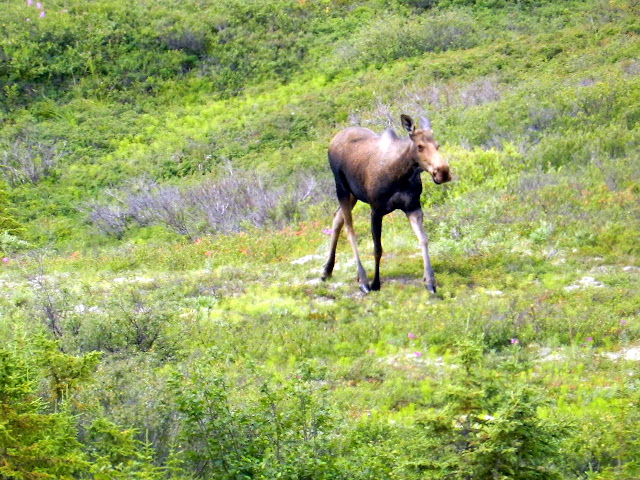 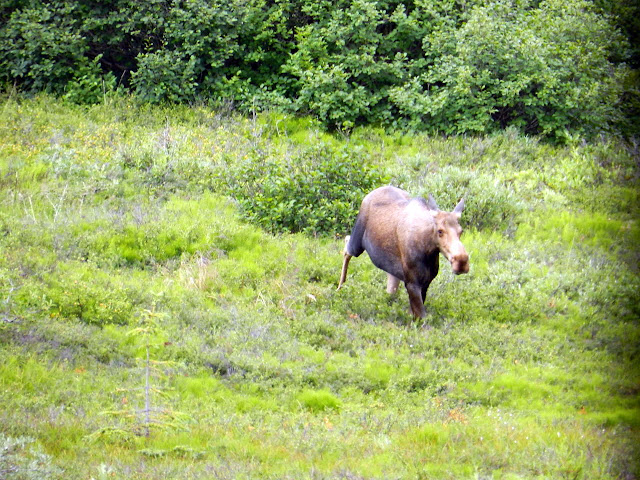 I actually was so enamored with this predator-prey scenario and that I didn't waste the time fussing with zoom, focus, aperture, etc etc etc...I wanted it committed to memory.

It was an intense few moments, and I'm glad we got to experience it. The bus seemed to have been split into teams, rooting for the bear or the moose. I'm not sure who I was supporting, but either way someone would have benefited!