Once in awhile, after days, weeks, or sometimes MONTHS of a dry spell, I’ll get a really cool capture on my camera trap. I’ve gotten a bobcat  and flying squirrels in Schoharie, NY. A black bear , river otters, and Great Blue Herons in Canadice, NY. I captured porcupine, moose and a grizzly bear in Soldotna, Alaska. I repeatedly got a gray fox in the Outer Banks, North Carolina.

But these are some of my most glamourous captures. There have been many times I’ve checked the camera(s) and there’s been nothing.

So this afternoon, when I checked my lone, sometimes misbehaving, overexposing Cuddeback Attack…I had low expectations. A few days ago I posted my only image after about a week of the camera being in the woods, and it was a gray squirrel- a very common and easy to camera-trap critter.

When I picked the camera up today and looked at the viewer screen to see how many pictures: 35. I was skeptical …in the past, this camera has taken hundreds of pictures of nothing. Every minute, for hours. But I was still hopeful!

The first 2/3 of images were in fact pictures taken on the minute for a large chunk of an hour early one morning. I scoured those pictures looking for something that could have triggered the heat AND motion sensor in the camera. I couldn’t find anything. I was rewarded though with several characters. All common, but one is a brand new camera-trapped species for me!

I do want to mention that I baited this camera over a week ago now with the last of the dead and rancid brook trout that I had gotten from the fish hatchery at school where I work. If you scroll through my entries over the past month or so, you’ll see some of my attempts to bring in critters with the first 2 fish I put out. There were no visible pieces of fish left, but I can only imagine some really “delicious” smells which worked awesomely! 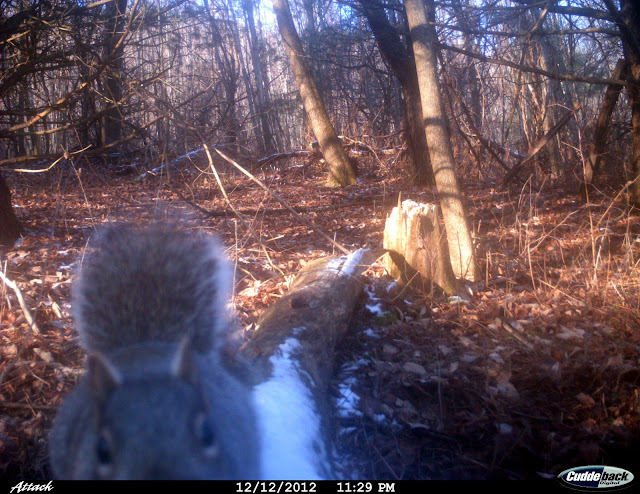 A gray squirrel checking things out. 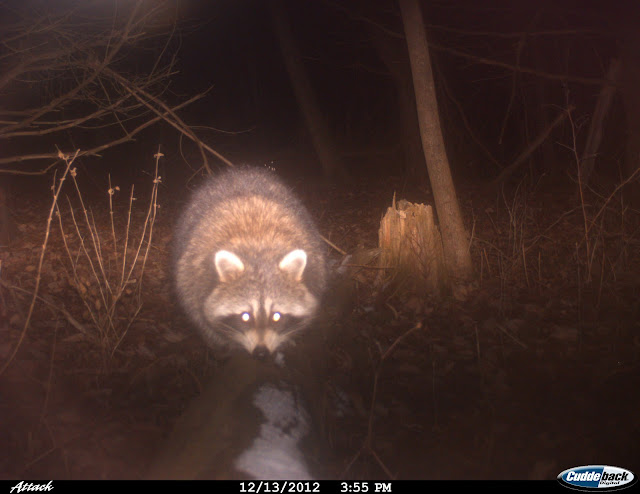 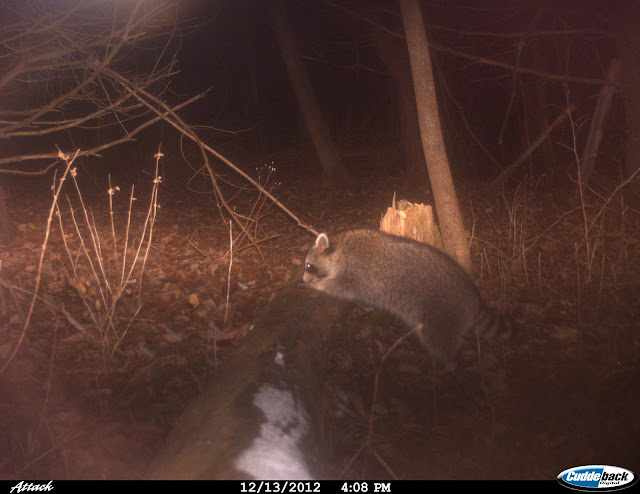 Looking for some remaining fish scraps... 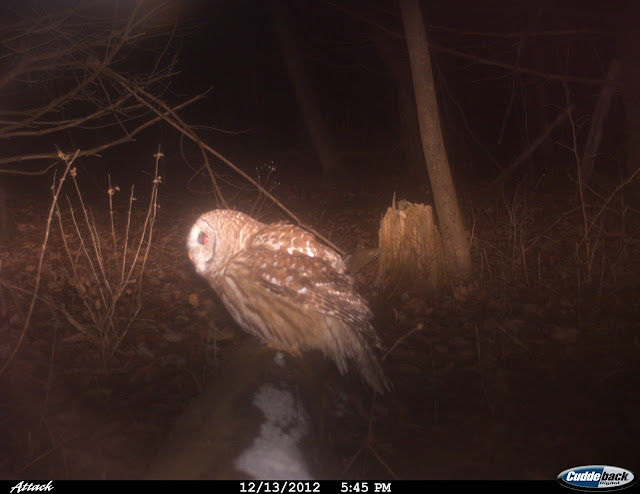 Barred Owl!
I am so excited about this picture! It came out so well, considering this camera doesn’t take pictures reliably OR at the right exposure, and I've never gotten an Owl of any species on my personal camera. I’m so glad I was able to figure out how to cover the flash (with black electrical tape) to diffuse the light. I was unsure of the species at first, thinking perhaps a Short-eared Owl, but I was assured it is a Barred. Check out the All About Birds website for more information including what this owl sounds like! It’s a very distinct call, you may have heard it before. The next picture is of the tail feathers on takeoff. 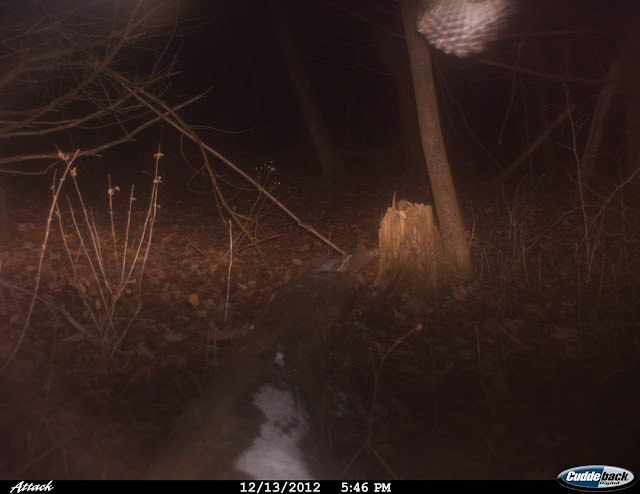 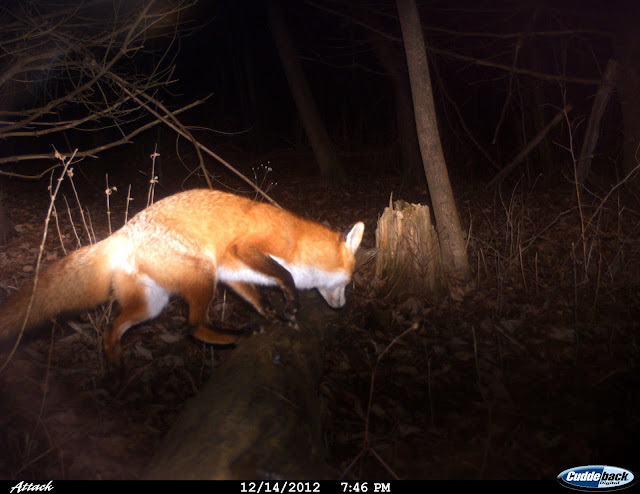 A finally, a beautiful red fox.


This was a great round of ‘trapping, and I can’t wait to see what the next few weeks will bring. I’m leaving Schoharie soon for a few weeks to head back to the Finger Lakes for the holidays. The camera will be set out here for the duration, waiting to see who comes to visit when I’m not home.