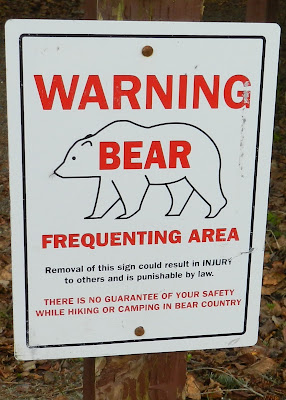 Let me start by telling you all (unfortunately) that I have not had an experience with a grizzly or black bear yet here. I haven't even seen one from a distance! I'm torn between wanting one and not...as grizzlies are something I'm not used to. I feel quite comfortable and confident roaming the woods in NY, and if I should come across a black bear, we'll part our seperate ways amicably.


Grizzlies, I learned in my "Bear Aware" training, are ruthless. They are quick to defend territory, young, prime feeding spots, and will also actively hunt you. Also, the cherry on top, is that they can run up to 35mph so I've heard. We're required to take a 12 gauge shotgun out with us when working in the field, and we are only to shoot to kill- no warning shots.

So, that being said I wanted to share just a couple of pictures of things I've seen around here that confirms the bears are around. 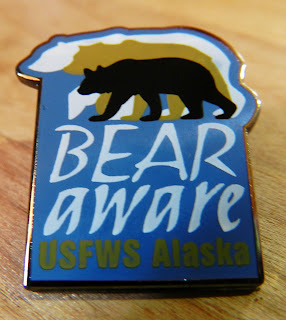 Isn't this pin cool? I got it for completing the course.
Fun fact: Alaska is the only state that is home to all 3 North American bears. Grizzly (same as brown and Kodiak bears), black bears, and the largest: polar bears! 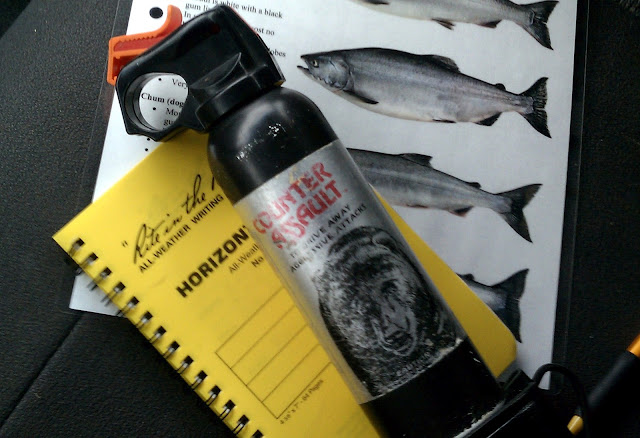 First, this is something that I always carry on me. I think it's more of a mental health thing than actually a life-saver...but it brings peace of mind. The shotgun is not always handy... 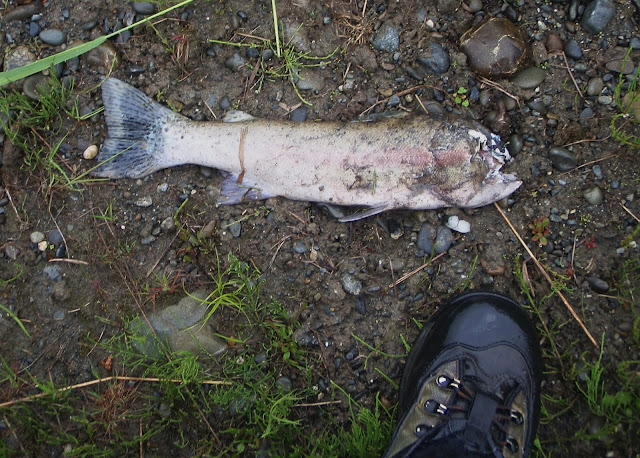 The second time I was out at the Funny River Weir, I noticed this salmon (probably a chinook/king) that was not there the night before. It's head was eaten off...which is common for bears (among other species) to do when there is an abundance of food. They can be picky, because the brain is SO protein rich. I don't know who did this...but I would not be surprised if it was a bear. 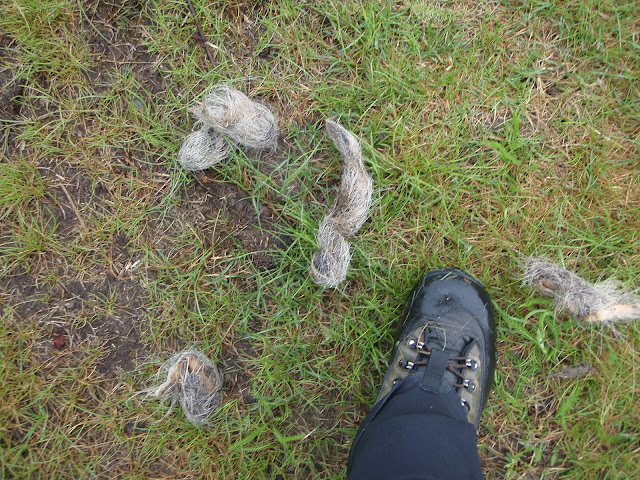 And this lovely stuff is grizzly scat. It's old, probably from last fall...and really just hair/bones that couldn't get digested. This is literally 2 steps out of the "office" out there at the weir, which is just a canvas platform tent. So, the grizzlies are around.
This is a short entry, I know, but I wanted to share this part of my job in more detail. It's kind of scary, and it's always in the back of my mind...
Written by: Alyssa Johnson at 6/25/2012 12:07:00 AM Labels: Alaska, bear sign, Black bear, Funny River, Grizzly bear, scat